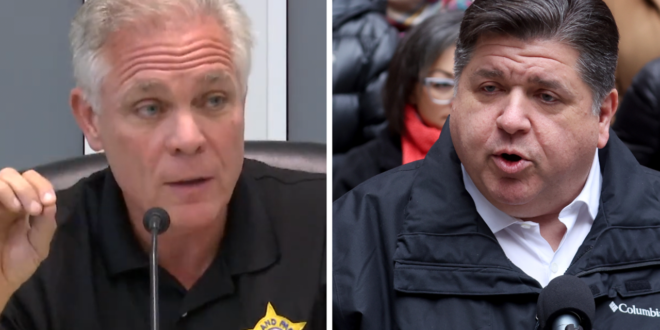 Crime in Illinois could “spiral out of control” after a new law overhauling the state’s criminal justice system goes into effect in January, the mayor of a Chicago suburb said.

“When I said that this is the most dangerous law I’ve ever seen, I believe that,” said Orland Park Mayor Keith Pekau, who is running for Congress in Illinois’ 6th District.

The Illinois Safety, Accountability, Fairness and Equity-Today (SAFE-T) Act changes multiple parts of Illinois’ justice system with provisions like ending cash bail; limiting how flights determine whether defendants are flight risks; and allows defendants under electronic monitoring to leave home for 48 hours before they can be charged with escape.

The legislation, which Gov. JB. Pritzker signed into law last year, will go into effect Jan. 1.

“I don’t think we know what’s coming from this,” Pekau told Fox News. “I think we can project that if criminals are allowed to run free and police officers can’t protect citizens, citizens are going to start protecting themselves and take the law into their own hands.”

The 764-page SAFE-T Act passed both chambers of Illinois’ legislature in seven hours with no formal hearings or debates and without input from stakeholders, three former Illinois justice system officials wrote in a Chicago Tribune op-ed.

“The whole thing is concerning to me because it was just a potpourri of everything, and it didn’t bring into consideration law enforcement, judges or all the stakeholders in place,” Pekau told Fox News. “It was basically to allow criminals to go free.”

The law also implements a higher standard on when a defendant can be detained for several crimes, including second-degree murder, aggravated battery, arson and kidnapping. The new rule replaces cash bail with a judge’s determination on the defendant’s flight risk and risk to the public from the evidence prosecutors submit.

The reforms being passed around the country revolve around the idea that “the criminal shouldn’t be held,” Pekau said.

“I think that’s absurd,” he added.

Critics of the SAFE-T Act take issue with some provisions in the new law, including eliminating cash bail.
(Brian Cassella/Chicago Tribune/Tribune News Service)

Proponents have argued that the SAFE-T Act will combat systemic racism and make the criminal justice system more equitable since, according to a 2022 U.S. Commission on Civil Rights report, minorities disproportionately face higher rates of pretrial detention.

“We’d be ending wealth-based jailing and restoring the presumption of innocence in the courtroom, which is something that is really under fire and it is not valued under our current system,” Kareem Butler, pretrial justice fellow of the Chicago Appleseed Center for Fair Courts, told The Daily North Western.

In addition to eliminating cash bail, Pekau also highlighted how the law will drop trespassing from a Class A misdemeanor to Class B. He said police, as result, won’t be able to physically remove non-violent trespassers from a property.

In Orland Park, “our police officers would say if someone’s trespassing, the best tool they have to get someone to leave willingly is to say ‘you’re trespassing, please leave or we will arrest you,'” Pekau said.

“Well, now they can’t arrest, they can only write a ticket,” he continued. “So, they get to stay in that business, on your property, at your house, etc.”

Pekau is concerned what could happen if residents stop relying on the police. 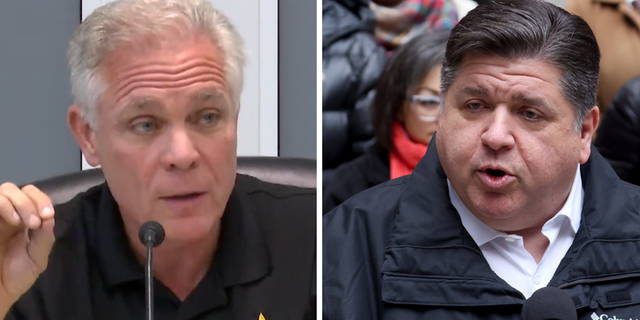 “We create potential anarchy because law enforcement can’t do their job and then people feel that they have to do that job,” he said. “People aren’t trained in the use of force. They’re not trained to de-escalate situations.”

“Lots of bad things can happen out of this, and it could potentially spiral out of control relatively quickly,” Pekau continued.

He said he hopes Illinoisans will vote out the state legislators who passed the bill, as well as Pritzker.

“I really hope that this thing gets repealed,” he said. “I hope the voters wake up and do the right thing. Their votes matter.”

Previous Maine gov accused of spending like ‘drunken sailor’ as candidates square off during debate
Next Iran and Venezuela strengthen dangerous military, economic alliance in challenge to US