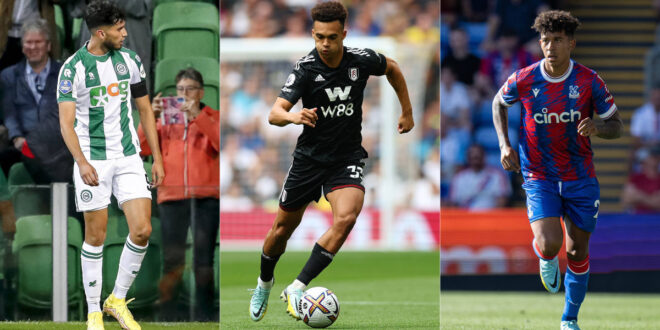 A month from Thursday, the 2022 World Cup will kick off in Qatar, with the hosts facing Ecuador. Less than a week before that, final 26-man rosters are due to FIFA. Five days before that, the U.S. men’s national team will have its squad unveiled in New York. All of that is to illustrate one salient point: the World Cup is almost here.

That places additional significance and heavy scrutiny on every player fighting for a spot on his national team. Every injury immediately becomes seen through a World Cup lens. Already France (N’Golo Kanté), England (Reece James) and Portugal (Diogo Jota, Pedro Neto) are among those who have suffered key losses, and given that European clubs are playing right up until the day final squads are due, it stands to reason that more casualties may follow.

As it relates to the U.S. men’s national team, whose construction was about 80-85% done in manager Gregg Berhalter’s mind as of last month, there is always injury concern, but that’s not all. Form, playing time, the mercy of the MLS playoffs and current club situations all factor into whether a player will go to Qatar, and if he does, be as impactful as possible when he gets there. With time ticking quickly until Qatar 2022 kicks off, a glance through the U.S. pool indicates differing levels of concern regarding select players in the mix for a World Cup ticket:

Robinson missed time—and the last U.S. camp—with an ankle injury suffered in a Premier League match vs. Tottenham in early September, and even though he’s back in action for Fulham now, it seems his injury was worse than previously known. In speaking to The Athletic, Robinson divulged some more details.

“I ruptured one of my ligaments in that game,” he said. “I was worried, thinking I might have a long spell out. But luckily, I managed to rehab it quite well. I didn’t need an operation and got back.

“I’m feeling O.K. I’m still trying to get used to playing on one ankle, really.”

Robinson’s importance to the U.S. is paramount, with the pool of left backs behind him rather shallow. His pace, ability to contribute in the attack, familiarity with some in the English and Welsh setups and overall disposition make him one of the more valuable, if not underrated, players on the U.S. team. There’s still a month to get him back to feeling like he’s playing on two ankles, but as long as there are no setbacks, he’ll at least be ticketed for Qatar.

Pepi has scored five goals with Groningen since leaving the Bundesliga’s Augsburg on loan for the Dutch top flight, which is a recipe for his return to the national team next month. His latest goal, on Wednesday, was no masterpiece, but it was the work of a player who admits his confidence is back after a woeful start to his first stint abroad. It also illustrated what he can do beyond finishing. The sequence started on his pressure of the ball in the center circle, and he was rewarded with the tap-in for his efforts.

Meanwhile, Weah and Reyna are back from respective injury layoffs, with Weah contributing two assists off the bench last Friday for Lille and Reyna back from the muscle strain he suffered while on U.S. duty last month. The bigger question surrounding both players will be about their match fitness and capabilities. For instance, Berhalter elected to start Reyna twice in four days, across two relatively low-stakes friendlies in September, and it wasn’t sustainable. Given how compressed the World Cup group schedule is, and how intense World Cup games can be, it does raise questions over how much, and in what capacity, some players on the mend or those who are more injury prone will be able to contribute.

Both forwards left their respective recent matches with injuries, and given how thin the U.S. already is at the striker position, it could have gotten awfully interesting if either was to be ruled out for a lengthy duration. Fortunately for both, they should return this weekend. Norwich City manager Dean Smith and Union Berlin boss Urs Fischer both offered positive prognoses for the respective players, with the former claiming that Sargent “got a whack on the back of the leg, so he couldn’t really extend himself. I don’t think it’ll be too bad, I expect him to be back on Saturday.” The latter, meanwhile, said that “we’re confident that he’ll be fine for Sunday” after an injury that ultimately amounted to a charley horse.

Pefok’s World Cup case remains more murky, not due to his form for the Bundesliga’s first-place club, but more due to Berhalter’s apparent preference. His exclusion from last month’s camp—which Berhalter said was down to the U.S. already knowing what Pefok can contribute and wanting to get a closer look at others before making a final decision—puts him directly on the roster bubble. Fortunately for Pefok, he’ll at least be able to continue making his case on the field.

Richards has been out with a hamstring injury since appearing for Crystal Palace’s U-21s on Sept. 6. Even when he wasn’t hurt, he was not in Palace’s regular center back rotation, limited to just 44 Premier League minutes spread across three substitute appearances. It’s highly discouraging for a 22-year-old player who, at his best, should be a starter in Qatar. He’s among the players with the most to gain over the next month—if he can shake the injury bug.

Limited playing time is also a problem for de la Torre. Ever since leaving relegated side Heracles in the Netherlands for Celta Vigo in La Liga, he has hardly played, totaling 38 minutes across four substitute appearances. Of that figure, 21 came in an Oct. 2. league match, but for a player who was on a meteoric rise within the U.S. midfield corps, his club situation has been a bit of a hindrance. His roster spot shouldn’t be in question, but his role within the U.S. setup seems a bit more murky now than it was a few months ago.

As addressed earlier this week, all three veteran defenders had their MLS teams eliminated from the playoffs last weekend, creating a gap of over a month between competitive matches for the trio. It’s expected that they’ll take part in Berhalter’s upcoming camp for MLS-based players whose seasons are done, and that should be focused on maintaining their fitness. Of the three, Zimmerman is the shoo-in to start in Qatar, but all are expected to be named to the final roster and contribute to the World Cup effort. Whether they can go from no live action to attempting to defend the likes of Gareth Bale, Harry Kane, Phil Foden and others of that ilk on the grandest stage of them all will be a test of how impactful that camp ultimately is—and how detrimental early elimination was.