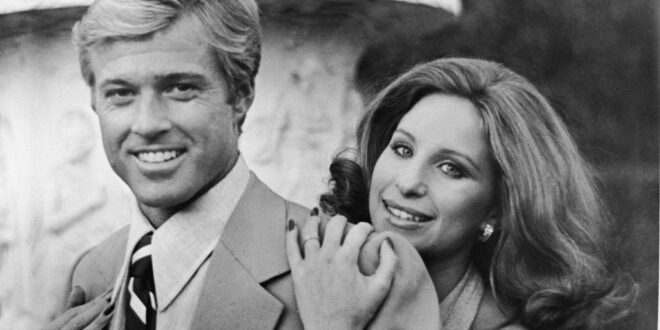 Fans of the 1973 romance-drama “The Way We Were” know that Robert Redford’s Hubbell Gardiner and Barbra Streisand’s Katie Morosky don’t end up together by the finale.

But what viewers may not know is that Redford, 86, initially didn’t want to star alongside the iconic singer-actress in the Sydney Pollack film.

Robert Hofler’s upcoming book about the acclaimed movie, titled “The Way They Were: How Epic Battles and Bruised Egos Brought a Classic Hollywood Love Story to the Screen,” explores how Redford was hesitant to star with his leading lady five decades ago.

The oral history claims that the “Ordinary People” director found the “Funny Girl” star to have a “controlling” reputation.

“She will direct herself. It’ll never work,” Redford told Pollack, per Hofler’s book.

Redford was also reportedly concerned with Streisand’s musical background, according to the tome. “She’s not going to sing, is she?” he asked, per Hofler. “I [don’t] want her to sing in the middle of the movie.”

The book also reported that Pollack — who died in 2008 — had previously uttered: “Barbra had never worked with a really strong leading man.”

“She has a tendency to take over a picture, just by the size of her talent and larger-than-life presence. It’s hard for a co-star to stay in the same ring with her,” the “Three Days of the Condor” director said.

Pollack had only believed that Redford could deal with the Oscar winner. “In acting, you have to sense that there’s a reserve somewhere, that you’re seeing the top of the iceberg,” Pollack said, according to Hofler’s book.

“Redford makes you come to him as a performer. He holds his ground, and you either enter his turf or you don’t get it. Period. He will not court you … I spent literally eight months beating him to death in order to get him to do it. I would not let him off the hook,” Pollack noted.

A sequel was even supposed to be produced with Redford and Streisand back at the helm, entitled “The Way We Changed.”

However, the “Out of Africa” star was over the role. “I didn’t, but Barbra did,” he said of sequel talks.

Streisand recently spoke to the Guardian about her career and iconic roles. She admitted that she still gets frustrated with people pronouncing her name incorrectly.

She explained that the proper way to say her surname is “Strei-sand,” not “Strei-zand.”

“It’s the funniest thing to me that people still can’t seem to get my name right,” she said. “Even today, I had to correct my new assistant.”