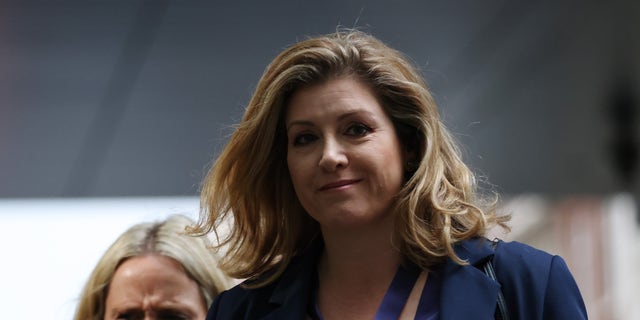 Mordaunt was the last remaining obstacle to Sunak becoming the U.K.’s next prime minister after former Prime Minister Boris Johnson dropped out of the race on Sunday evening. Candidates needed to secure 100 supporters from within the Tory party by Monday afternoon, but Mordaunt’s campaign only reported 90. Sunak had nearly 190.

Truss was in power for just 44 days before resigning last week amid uproar at her economic policies, which called for expansive tax cuts. While her administration ultimately rolled back virtually all of her plans, the damage was done and U.K. markets remained in chaos.

Sunak announced his candidacy to replace Truss on Sunday, garnering widespread support after Johnson dropped out of the race.

“The United Kingdom is a great country but we face a profound economic crisis,” Sunak wrote in a statement. “That’s why I am standing to be leader of the Conservative Party and your next prime minister.”

Penny Mordaunt, leader of the House of Commons, is seen at BBC Broadcasting House for an interview on “Sunday with Laura Kuenssberg” on Oct. 23, 2022, in London. (Hollie Adams/Getty Images)

“There will be integrity, professionalism and accountability at every level of the government I lead and I will work day in and day out to get the job done,” he said in a statement.