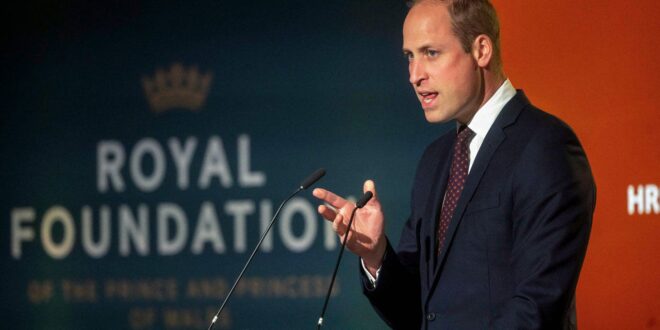 Prince William is planning to move forward with his father King Charles III’s plans to construct a sustainable “garden city” with 2,500 homes in southeastern England.

The plan to build the sustainable eco village stretching across 320 acres of farmland in Kent, England, was previously heralded by King Charles III when he was the duke of Cornwall, a title that transferred to Prince William when his father ascended the throne in September. The Duchy of Cornwall, now under Prince William’s stewardship, is expected to submit a formal planning application next year.

However, local environmentalists have repeatedly pushed back against the project, arguing that it would wreak havoc on the fragile ecosystem in the region. They said the project would threaten several species, including protected bats, lizards, butterflies and wild orchids.

“I’ve emailed and written to Prince William but I haven’t had a reply,” Faversham resident Mark Sewel said in an interview. “He is a younger and more modern royal who may be more sympathetic to the environmental damage that will be caused if this development continues.”

“The farmland is so rich in biodiversity and this scheme will destroy habitats,” Sewel continued. “So many protected species will be lost – there are bats, lizards, butterflies and wild orchids. It’s so sad.”

“I have concerns about losing such good farmland. In the current climate, we need food self-security. Farmland should be kept in operation at all costs,” he added.

Still, officials involved in the project have defended it, saying the developer would ensure the local environment and biodiversity were protected during construction.

“During four years of design work and community consultation, we have created a plan underpinned by our key principles of working with the landscape and existing natural environment to build a sustainable community,” the project’s estates director Ben Murphy said.

“Our team is very excited to be presenting the plans to the local community, whose feedback at prior events has greatly helped shape what we will be presenting,” he added. 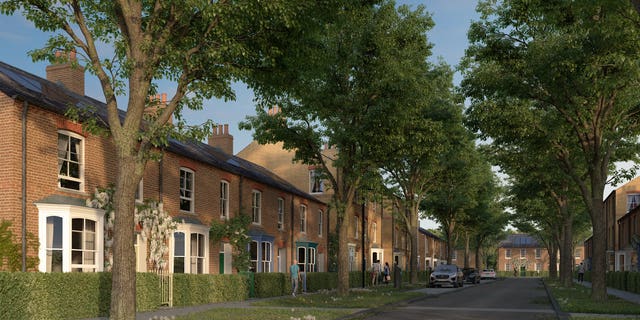 Officials have said the developer of the proposed garden city in Faversham, Kent, would ensure the local environment and biodiversity were protected during construction.
(Duchy of Cornwall/SWNS)

The developer also pledged to ensure a net biodiversity gain of 20% by making new wildlife habitats and green spaces accessible. In November, public exhibitions of the project will be put on display for locals to view.

The project’s construction could create as many as 2,500 new jobs.

In addition to 2,500 homes, plans for the eco village include a new primary school, cricket pitch, shops and business spaces. The town’s infrastructure will use low-carbon materials, be less car dependent, rely on solar power and battery storage, ground source heat pumps and high levels of “airtightness.”

“Beautifully-designed public spaces and streets will be designed around the pedestrian rather than the car, and provide a sense of wellbeing and connection to nature, helping to create a new community that will thrive in the longest term, for people and the planet,” a website for the project states.

Overall, since taking over the Duchy of Cornwall last month, Prince William has become one of the U.K.’s largest landowners. His royal estate is valued at more than $1 billion.