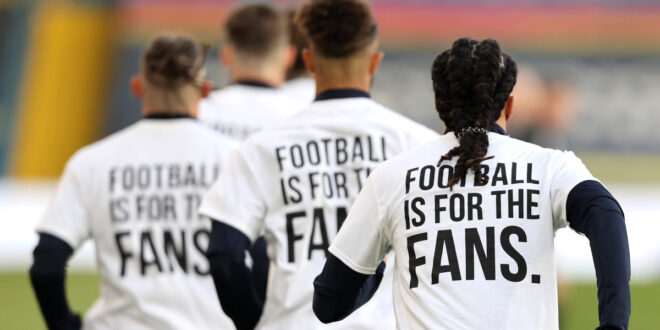 The European Super League that has drawn opposition from football’s governing bodies of FIFA and UEFA is “very much alive” according to Bernd Reichart, the CEO of A22 Sports Management.

The plans for the potential Super League first surfaced in April 2021 when it was announced that 12 elite European clubs were planning to breakaway and form their own league. Within 48 hours of the news breaking, EPL clubs elected to pull out of the plans due to the public backlash that they received for their decisions.

The European Super League is now aiming for a 2025 launch that is headlined by Real Madrid, Juventus and Barcelona who to date have not withdrawn their interest.

“There are some who want to declare it dead, but if they say it a lot, there is much to suspect. There are clubs in Europe that surely share the vision of Juventus, Real Madrid and Barcelona, and now they have the opportunity to share what they think. There is a broad consensus that football needs reform. Football cannot continue as it is designed now,” Reichart said.

When asked definitively about timeline, Reichart alluded to the 2025 launch at the earliest, and for good reason: after a Madrid court ruled that FIFA and UEFA could not punish teams involved in the Super League, the case is now moving through the European Court of Justice in Luxembourg, the EU’s top court.

“Until there is certainty from the European Court, it’s unreasonable to think that it could be played before the 2024-25 campaign. It’s a long journey, but we have the humility to do it step by step without pause.