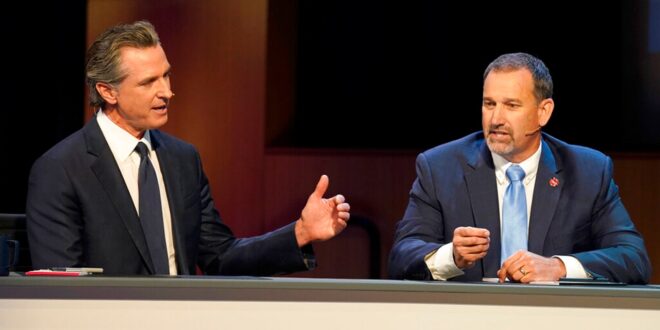 California Gov. Gavin Newsom on Sunday again turned down the notion that he harbored presidential ambitions and vowed to serve out his full, four-year term if reelected governor.

The comments came during a debate with his Republican challenger, state Sen. Brian Dahle – the only time two candidates will meet face-to-face before voting ends on Nov. 8.

Asked directly by co-moderator Marisa Lagos if he would commit to serving all four years if he’s reelected, Newsom said “yes.” Newsom defended his national campaigning, saying he “barely” left the state to take on national Republican leaders, who he says are banning books and “demeaning” the LGBT community.

Newsom, a Democrat running a state firmly in control by his party, is expected to easily sail to a second term in November. The election comes more than one year after Newsom beat back a recall attempt fueled by anger at his pandemic policies — which included the nation’s first statewide stay-at-home order.

Newsom has barely campaigned in California, instead spending money on ads in challenging Republican leaders in Florida and Texas — potential opponents in a presidential election. 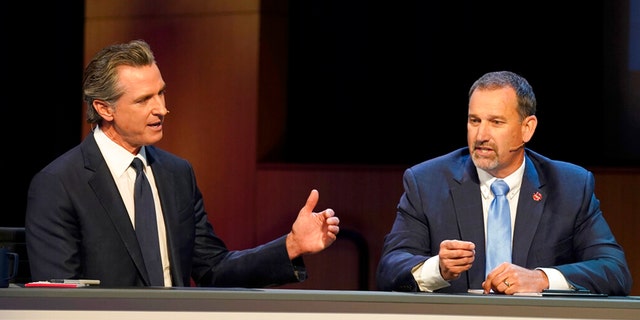 There were no surprises in Sunday’s debate as it mostly followed the flow of political messaging from the country’s two major political parties. Newsom focused on climate change and abortion rights while Dahle – a farmer who also owns a trucking business – focused on the economy, particularly California’s high cost of living that includes gas prices soaring as much as $2.60 higher than the national average.

The debate will likely be the high point of Dahle’s campaign. He’s raised less than $1 million, which isn’t enough to run statewide TV ads in the nation’s most populous state, home to some of the country’s most expensive media markets.

The debate was broadcast live on the radio by KQED News and will air again Sunday night on KQED Public Television.

Previous Pelosi accuses Trump of not being ‘man enough’ to appear in front of Jan. 6 committee
Next US, Russian defense secretaries speak for second time in three days amid ‘dirty bomb’ claims