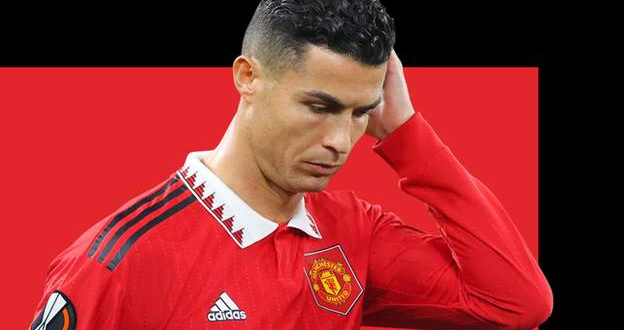 Cristiano Ronaldo: Will forward and Manchester United agree an exit strategy with ‘the end in sight’?

Cristiano Ronaldo may not have played as Manchester United rescued a dramatic point against Chelsea on Saturday, but he still ended up being one of the major talking points.

The forward’s refusal to come on as substitute in Wednesday’s 2-0 win against Tottenham, and subsequent decision to leave Old Trafford before the final whistle, has dominated the headlines in a week that United should be celebrating taking a very decent four points from top four rivals.

As the players celebrated Casemiro’s late equaliser at Stamford Bridge, Ronaldo’s whereabouts were unknown after being dropped from the squad as a punishment by United manager Erik ten Hag.

The Dutchman insisted afterwards his side still “needed” the Portuguese but questions remain whether his fairytale return is destined for an unceremonious end.

Former Manchester United captain Gary Neville believes it is now only a matter of when, not if, Ronaldo departs this season.

“Cristiano Ronaldo is going to have to go somewhere else and play every week because he can’t accept being on the bench,” he said on Sky Sports. “That’s fine, but end it this week or create a truce to get to the World Cup and then end it.

Is there no way back?

Ronaldo’s actions in the final few minutes against Spurs has caused plenty of debate, but the overriding feeling appears to be that the bridges have now been burned.

Manchester United boss Erik ten Hag displayed his authority by dropping Ronaldo for the Chelsea game and excluding him from training with his first team squad.

The scenes of celebrations among the Manchester United players after Casemiro’s 94th-minute equaliser against Chelsea underlined what Ten Hag is trying to protect as they showed fight, spirit and togetherness.

“It is a messy divorce but Ten Hag has waited for a moment. Ronaldo has burnt his bridges.”

Just a few weeks ago Ronaldo was rightly being lauded for hitting the career landmark of 700 club goals. At 37, time is no longer on his side and some people can understand his displays of frustration as he desperately seeks game time.

“I would not have been happy as a player but emotions sometimes take it out of you as a human,” he said.

“Maybe communication hasn’t been as clear when dealing with Ronaldo – probably the greatest player to ever play, along with Lionel Messi.

“He needs that communication now more than ever. He is my mate and you want to see your friends do well but I wouldn’t condone that in the dressing room. If communication is not there, problems arise.”

Ten Hag not closing the door just yet

But despite what observers may think, Ten Hag has not closed the door on Ronaldo.

He was Manchester United’s top scorer last season and rescued his side on many occasions with dramatic late goals.

“He can score goals and he is valuable for us. We need him, that is clear. I think I have said enough about this situation.”

Ronaldo is contracted to Manchester United until next summer but has been linked with moves away from the club before then.

French giants Paris St-Germain have been suggested as a possible destination, although it has been claimedexternal-link that looks unlikely.

A move to Major League Soccer has been seen as another potential option, while a return to former club Sporting Lisbon has also been said to have been mooted.external-link

‘Focus has to be on an exit strategy’ – analysis

Ronaldo has done all the right things since he stormed out of Old Trafford after refusing to come on in the final minutes against Tottenham last week.

But the fundamental issue remains.

At 37, Ronaldo wants to play. He feels he is still capable of operating at the highest level and can make a meaningful contribution to big matches.

On the other side, Erik ten Hag is trying to create a team who can dominate possession and press high up the field in the modern style.

The two parts of that jigsaw simply do not go together.

Ronaldo feels there were offers to leave in the summer, as he wanted to do. United say there simply weren’t, other than one from Saudi Arabia, or at least none that wouldn’t have involved them continuing to pay a hefty percentage of his salary.

United now have six games to play before the World Cup. Ronaldo needs game time. Given this week’s events, it suits everyone for the player to keep his composure and manager to use the highest-paid member of his squad.

But the focus now has to be on an exit strategy.

There were people at United in the summer who felt the dressing room would be better without Ronaldo. The events of this week show the evidence for that.

It is also true that, in a better side than United at delivering the ball in the right areas for a striker, Ronaldo could still be a very effective performer.

Beyond the next three weeks, it is better for both sides to see if they can prosper without each other, even if that means United paying up part of Ronaldo’s salary, or the player walking away without part of what he is owed.

Previous Trump hints 2024 run at Texas rally: ‘I will probably have to do it again’
Next Gio Reyna Scores First Goal in Over 400 Days for Borussia Dortmund (Video)