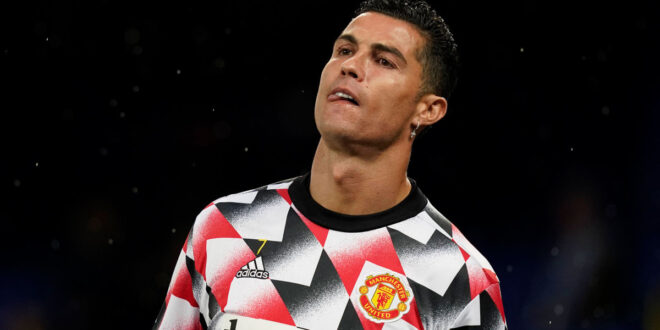 Cristiano Ronaldo: Man United star’s baggage not worth it anymore

The problem for anybody signing Cristiano Ronaldo is that, no matter how big the club, it immediately becomes FC Ronaldo. Wednesday should have been about Manchester United’s extremely impressive performance in a 2–0 win over Tottenham, the best it has played under Erik ten Hag and arguably the most encouraging performance since those counterattacking displays in the early days under Ole Gunnar Solskjaer. But instead the headlines were, yet again, about Ronaldo.

The 37-year-old had refused to come off the bench with United 2–0 up. When Christian Eriksen and Anthony Elanga were brought on after 87 minutes, Ronaldo could be seen, standing in front of the wall of the Old Trafford dugout. A couple of minutes later, he walked down the touchline, proceeded down the tunnel and had left the stadium before the final whistle blew. After being disciplined by Manchester United Thursday, Ronaldo took to Instagram.

“I try to live and play respectfully towards my colleagues, my adversaries and my coaches,” Ronaldo said in a statement. “That hasn’t changed. I haven’t changed. I’m the same person and the same professional that I’ve been for the last 20 years playing elite football, and respect has always played a very important role in my decision-making process. … Unfortunately that’s not always possible and sometimes the heat of the moment gets the best of us.”

As apologies go, that was on the pathetic side of tepid. What was this moment of heat? Seeing his teammates play far better without him? Realizing that, no matter how vast his ego, he has become an encumbrance? This wasn’t a player lashing out after a bad foul; it was the temper of somebody deeply immature and indulged to the point that he cannot handle getting exactly his own way. There is, at least, an acknowledgment that he had acted disrespectfully, even if he didn’t seem especially sorry about it.

Ronaldo has done this before. He did it at Juventus in 2019 after Maurizio Sarri had substituted him for the second time in a week. And he did it in the summer, leaving at halftime of a friendly against Rayo Vallecano. ten Hag called that “unacceptable” and he has taken a strong line this time as well. Ronaldo has been sent to train apart from the rest of the squad, and he will not be part of the traveling party for Saturday’s game at Chelsea.

“I am the manager, I’m responsible for the top sport culture here and I have to set standards and values, and I have to control them. We are in a team,” ten Hag said Friday. “After Rayo Vallecano I said it’s unacceptable, but he wasn’t the only one. That is for everyone. When it’s the second time it will have consequence. That is now what we did. We’ll miss him tomorrow, it’s a miss for the squad, but I think it’s important for the attitude, mentality for the group.”

Ronaldo concluded his statement with a pledge to “keep working hard in Carrington, support my teammates and be ready for everything in any given game. Giving in to the pressure is not an option. It never was. This is Manchester United and united we must stand. Soon we’ll be together again.” But it may not be as simple as that. What does ten Hag gain by keeping such a disruptive presence hanging around?

The manager’s hand, of course, has been strengthened by the fact that his side played so well against Tottenham. United now is demonstratively a better team without Ronaldo in it, and his sulks are only deflecting from that. Even former United teammates of Ronaldo seem to have turned against him over this. Sympathy has shifted from the superstar to the squad.

So what happens next? United has been open to selling Ronaldo since the summer. ten Hag was initially keen to work with him but changed his mind after the humbling 4–0 defeat to Brentford. Ronaldo has started just two league games this season. But the problem is, there are no takers. The only offer United received for him in the summer came from Saudi Arabia, but Ronaldo was adamant he would only leave for a Champions League club. None who could afford him were interested.

And the cost is a major problem. Ronaldo is on an estimated $600,000 a week. If United is to offload him, it would probably have to either pay off a substantial part of his remaining contract, which runs until June of next year, or subsidize his wages. But what value is there now in a superannuated superstar whose celebrity gravity is such that he destabilizes any institution of which he is part? It’s been very obvious how younger United players blossom when Ronaldo is not on the pitch, able to express themselves rather than service his ego. No serious club would want that, even if there will be those tempted by the social media engagements, the reflected glamour, he will bring.

Once, Ronaldo’s self-absorption could be forgiven for what he brought on the pitch. But as the tide of his talent goes out, what is left is a monstrous and expensive ego. ten Hag has shown great resolve to face it down; now, he must want merely to be rid of it altogether.