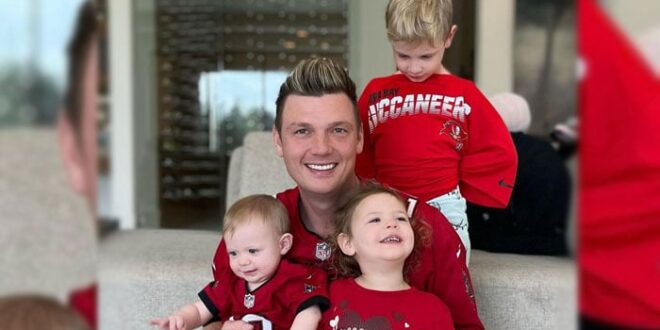 Nick Carter, heartthrob of the popular ’90s band boy band, Backstreet Boys, opened about being a father and his career in an interview with PEOPLE.

Carter is currently on the European leg of their DNA World Tour. They’re also ringing in the holidays a little early with the release of their new album, A Very Backstreet Christmas.

The Grammy Award nominee, 42, shared that he missed his daughter’s third birthday before they left on tour which made him very sad. However, his fellow bandmates were there to help him through it.

“I totally missed my middle daughter’s 3rd birthday,” he said. “Some of the other guys have actually gone through it, where they haven’t been able to be home because the schedules just pretty much conflict. So I experienced that for the first time.”

“But again, FaceTime helps, talking to them all the time, touching base with them. And, for us, it’s our life. It’s what we’ve done our whole life in regards to traveling. So they’re kind of adjusting to it,” he added.

The singer previously shared that he was excited to for his daughter see him perform.

“I’m really excited to perform and have her be in the audience for the first time, because she really loves music. She loves to sing,” Carter said on Parents magazine’s We Are Family podcast in March. “Her and I actually, we do a back-and-forth thing sometimes. She actually can harmonise, which is pretty impressive.”