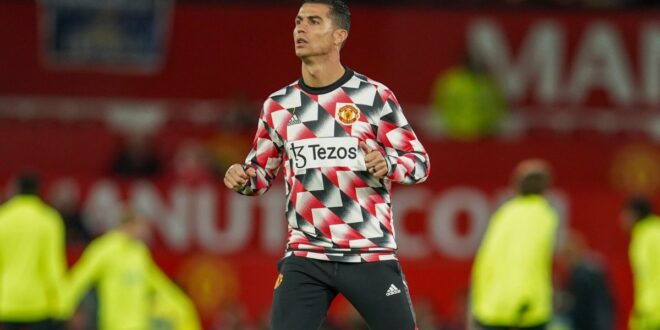 Ronaldo Garnering No Interest as Free Transfer From Man United, per Report

The growing rift between Premier League side Manchester United and star Cristiano Ronaldo has reportedly led the club to make the 37-year-old available on a free transfer, according to ESPN’s Mark Ogden.

However, no other team has expressed interest in the 37-year-old, despite United’s decision to not seek a fee for the disgruntled great.

Tensions between the club and the forward rose once again this past week when Ronaldo, an unused substitute, left the bench before the final whistle in United’s 2–0 win over Tottenham on Wednesday. After the match, it was revealed that Ronaldo refused to enter the match as a substitute late in the victory.

The incidents prompted manager Erik ten Hag to drop Ronaldo from the squad for Saturday’s match against Chelsea. United salvaged a 1–1 draw at Stamford Bridge to remain fifth in the Premier League table.

Ronaldo, who has only started twice in the team’s 10 Premier League contests this season, responded to Wednesday’s events on Instagram Thursday.

“As I’ve always done throughout my career, I try to live and play respectfully towards my colleagues, my adversaries and my coaches. That hasn’t changed,” Ronaldo wrote. “I haven’t changed. I’m the same person and the same professional that I’ve been for the last 20 years playing elite football, and respect has always played a very important role in my decision making process.”

According to Ogden, United has been prepared to move on from Ronaldo, since the former Juventus star first pushed for a transfer from the club this past summer. He eventually returned, but has been relegated to a reserve role for most of the 2022–23 season, having been on the field for fewer than 45 minutes in seven games, with just one goal scored.

Though United might be interested in offloading Ronaldo, interest in the soon-to-be 38-year-old from other clubs remains limited. According to Ogden, United hopes that a productive World Cup for the Portugal native next month could re-ignite discussions before the end of the year.

Previous Chelsea 1-1 Man Utd: Hosts remain above United after dramatic finale
Next Ralph Macchio hits back on criticism that ‘The Karate Kid’ was ‘too white’