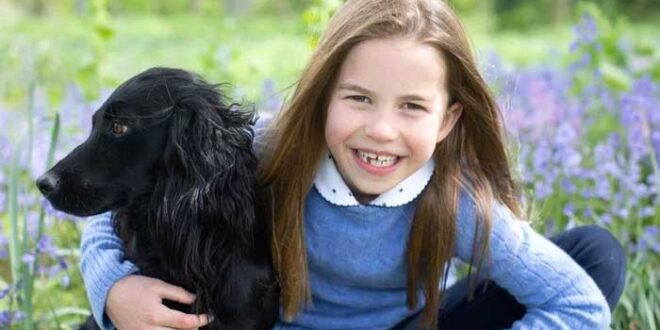 Celebrity psychic Jasmine Anderson has made an extraordinary claim that Prince William and Kate Middleton’s only daughter Princess Charlotte’s bedroom at Adelaide Cottage could well be ‘haunted’.

The psychic claims ‘there’s a need for protection’ in Charlotte’s bedroom and says she can feel Princess Diana being extra protective over her grandchild.

Speaking to the Daily Star, she claims that Diana was protecting Charlotte due to some concerning movements in her room at home with “something being seen”.

Jasmine went on: “Diana is so protective over children, including her grandchildren, but particularly Charlotte. There’s a need for protection there. It’s something to do with the room in the house – I feel like it could be haunted.”

She added: “Something has been seen in the nursery, that’s what I’m getting.”

She explained: “It might be that Charlotte has a psychic gift and she’s kind of being protected in that aspect.”

Jasmine, referring to Kate and William’s new home in Windsor, said: “They’ve not had a lot of luck there, adding that “there’s quite a lot of disruption there, I think they’re going to go to a smoother and calmer place. I think it will be happening.”

The Prince and princess of Wales moved to Adelaide Cottage, close to Windsor Castle, at the beginning of September. The four-bedroom home marked a big change for the family, as not only was it much smaller than their former home, it had no room for live-in staff for the first time.