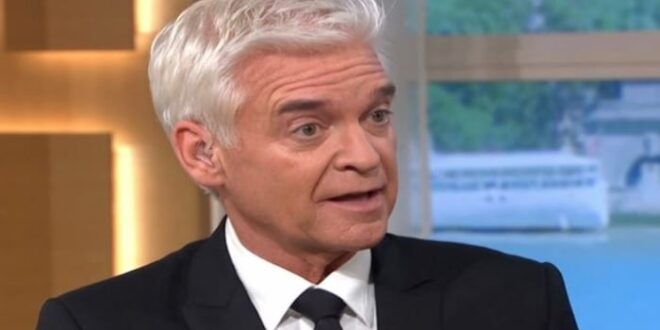 The TV host, 60, has given fans an update on his autumn holiday and shared exactly what he has been up to.

Alongside a photograph of bulb packets, he told his Instagram followers: “What did I do in my half term break? …. bulb planting!”

Phillip then posted a snap of his empty cupboards, adding: “And cleaning out the cupboards!!

“Definitely ready to get back on ThisMorning on Monday!”

Phillip and his co-star Holly Willoughby have been absent from This Morning all week due to their annual autumn holiday.

Alison Hammond and Dermot O’Leary have been hosting since while they’re off.

The pair’s break from the ITV1 daytime show came just days after they were booed while attending the National Television Awards 2022.

As the cast and crew of the show took to the stage to pick up their award for the best daytime TV show, the crowd began loudly jeering.

It comes after Phillip and Holly faced controversy after claims that they skipped the queue for the Queen’s lying in state.