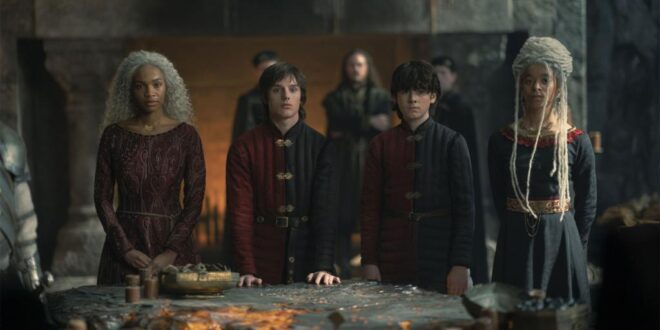 In a statement to The Post, HBO said the finale was posted to illegal torrent sites, and “it appears to have originated from a distribution partner in the EMEA region,” referencing Europe, the Middle East and Africa.

“HBO is aggressively monitoring and pulling these copies from the internet,” the network continued.

The episode’s director, Clare Kilner, described it to Entertainment Weekly as “looking at her feet and then having a wank, basically.”

While intimacy coordinators were used for many of the other sexual scenes for the show, Kilner said the foot-fetish scene was filmed without one.

“That was an interesting scene, actually,” she said. “Funnily enough, you get the intimacy coordinators [for] all the nudity, but they don’t think about it for this.”

“It’s so intrusive and invasive,” she added. “It’s a really dirty scene.”

“House of the Dragon” airs Sunday at 9 p.m. EST on HBO for those who haven’t watched the leaked finale.

“We’re disappointed that this unlawful action has disrupted the viewing experience for loyal fans of the show, who will get to see a pristine version of the episode when it premieres Sunday on HBO and HBO Max, where it will stream exclusively in 4K,” the network ended its statement.