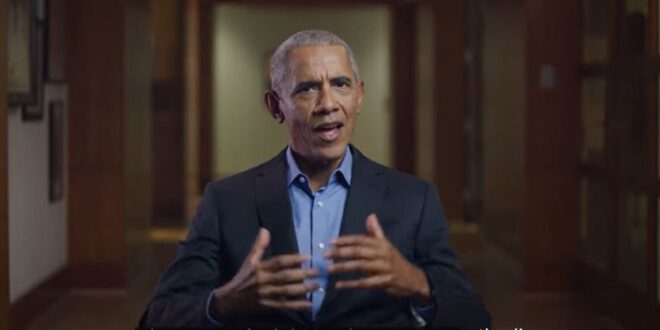 Former President Barack Obama stumps for Fetterman in campaign ad: ‘Fate of our democracy’ on the line

Former President Barack Obama made his plea to Pennsylvania voters to elect John Fetterman, the state’s lieutenant governor, to the U.S. Senate, saying, “The fate of our democracy” is on the line.”

In a 30-second video shared Thursday by Fetterman, Obama asks voters to cast their ballots for the Democratic candidate, who is locked in a battle with his Republican opponent, Dr. Mehmet Oz.

“So when the fate of our democracy and a woman’s right to choose are on the line, I know John will fight for Pennsylvanians,” Obama said.

He ended his endorsement with: “Vote Democrat on Nov. 8.”

Fetterman has also received the support of President Biden, who urged voters to back him during a Thursday visit to the state.

“The rest of the world is looking at this election as well,” he said. “Both the good guys and the bad guys out there – to see what’s going to happen. We’ve got to win. John’s got to win.”

The president’s visit came amid a heated Pennsylvania race that has given voters an option between the state’s current lieutenant governor and a Trump-endorsed political outsider.

Former President Trump endorsed Oz in April. The Republican has closed the gap between him and his opponent since then, narrowing what was once a 10-point deficit to just under 3 points, within the margin of error for most polls.

Biden also swiped at Oz, calling him “a perfect example” of a lawmaker who is loyal to Trump, which the president calls a “MAGA Republican.”