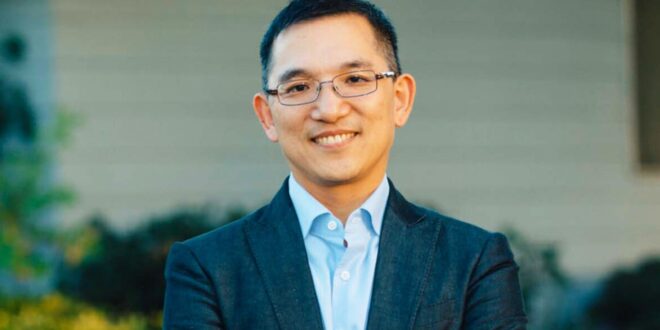 A California Democratic House candidate is facing renewed criticism over his prior support for an educational program funded that teaches American K-12 students about Chinese language and culture, but which has links to propaganda efforts of the Chinese Communist Party.

During his tenure on the Hacienda La Puente school board, Jay Chen, a Democrat who is now seeking to represent California’s 45th Congressional District, offered support for the Confucius Classroom program and voted in favor of allowing it in the school district.

Operated under China’s Ministry of Education, the program provides teachers and instructional materials to K-12 schools in the United States and is closely tied to Confucius Institutes, which have been labeled by the Department of State as organizations that work to advance “Beijing’s multifaceted propaganda efforts” on college and university campuses in America.

Following his vote to bring the Confucius Classroom program to the school district, Chen, along with four other board members, faced a recall effort from local organizers who opposed the move, according to a 2011 report from the Los Angeles Daily News. “I don’t see anything sinister about using books from China, practically everything we use is made in China,” Chen said, according to the outlet.

Chen also insisted at the time, according to the outlet, that there was a “racist sentiment” behind the recall effort and that the China-backed “classes are not about politics” and “don’t teach anything about Communism or Chinese forms of government.”

Last week, incumbent GOP Rep. Michelle Steel, who currently represents the Golden State’s 48th Congressional District and is facing an election challenge from Chen, issued a social media thread blasting his support for the program and insisted that he refuses “to condemn Confucius Institutes.”

“His commitment to calling Confucius Institutes ‘Chinese cultural programs’ is EXACTLY what the CCP wants,” Steel wrote of Chen in a separate tweet. “It’s outrageous that in 2022 he continues to defend a program so clearly exposed as Chinese propaganda.”

Steel’s campaign also issued two different press releases targeting Chen over his support for the Confucius Classroom, with Steel campaign spokesperson Lance Trover questioning why Chen, amid bipartisan support to rid schools of the programs, is “such an ardent supporter of allowing them into our educational system”.

In a statement to Fox News Digital, Lindsay Barnes, a spokesperson for Chen’s campaign, insisted the criticism Chen has faced from Steel is a “desperate attempt to hold onto power and distract from her failed record” and that Chen is “aligned” with the State Department’s view on the China-funded educational programs.

“Michelle Steel employs the same disinformation that has led to an increase in violence against members of the Asian American community, while shamelessly smearing a member of the U.S. Naval Reserves,” Barnes said. “As a Taiwanese American who holds a Top Secret security clearance, Lt. Commander Jay Chen deeply understands the threat China poses to the United States. While Confucius Classrooms were widely accepted across the United States a dozen years ago, including by the State Department, the Chinese Communist Party’s evolution as an aggressor towards the United States and its democratic allies has further informed the U.S. State Department’s evaluation of these programs, and Lt. Commander Chen remains aligned with their analysis.” 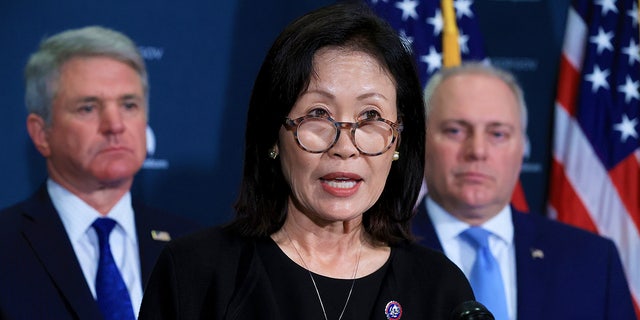 After Steel highlighted his support for the Confucius Classroom program earlier this year, Chen issued a campaign email and accused the Korean-American congresswoman of “anti-Asian racism.”

Chen — who has been endorsed by Planned Parenthood, NewDem Action Fund and the California Democratic Party — also faced backlash in April after he appeared to mock Steel’s accent during an April 7 meet and greet in the Congregation B’nai Tzedek synagogue in Fountain Valley, California.

“Yeah, so she just had another town hall the other day. And, umm, it’s tough. Like, we’ve transcribed it,” Chen said at the time. “You kind of need an interpreter to figure out exactly what she’s saying.… The more she speaks, the better for us.”

Chen’s comments garnered criticism from 23 local and regional community leaders who wrote a letter to Chen demanding an apology.

“I’ve dealt with racist attacks my whole life, but it won’t stop me from proudly sharing my voice,” Steel said in a press release on the matter. “Like so many immigrants, my accent is my story and my opponent’s attacks are offensive to all immigrants.”. 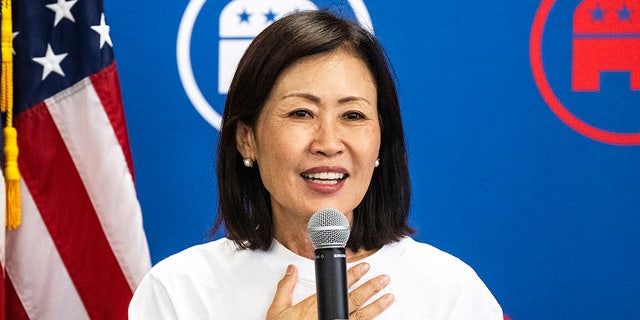 In March 2021, the Senate passed a bill titled the Concerns Over Nations Funding University Campus Institutes in the United States (CONFUCIUS) Act to clamp down on China’s reach into U.S. universities by tightening restrictions on Confucius Institutes. The measure, which was also introduced in the House but never received a vote, would have cut federal funding from universities that host Confucius Institutes unless they regulate all teaching staff hired for the cultural centers and oversee the curriculum.

In addition, the bill called for the banning of any “foreign law on any campus” and the protection of “academic freedom” at U.S. universities.