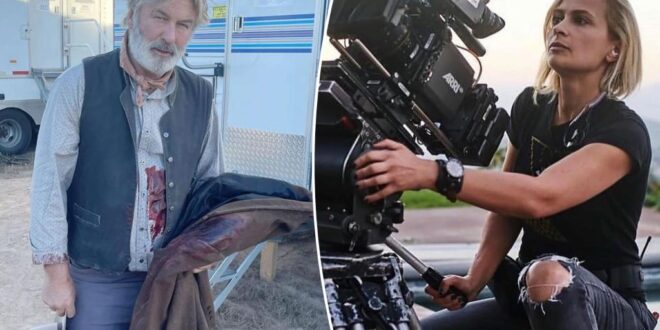 Alec Baldwin is facing backlash for an “inappropriate” Instagram post remembering “Rust” cinematographer Halyna Hutchins on the anniversary of her death.

“One year ago today…” the 64-year-old actor on Friday captioned a picture of Hutchins behind a camera.

Some commenters slammed him for the tribute because it was Baldwin who held the prop gun as it discharged, killing Hutchins on the New Mexico movie set on Oct. 21, 2021.

Baldwin maintains that he did not pull the trigger, but an FBI report released in August disputed the claim. Now Baldwin is facing new heat with his anniversary remembrance.

“This feels really inappropriate since you’re the one who shot and killed her…” one commenter wrote on the post.

“Inappropriate. This could be very misunderstood,” another doubled down.

“Your family continues to grow…they are down to only 2,” another person wrote, referencing the recent birth of Baldwin’s eighth child, while Hutchins is survived by her husband and young son.

“Is this not incredibly tone-deaf to anyone else? Especially because he denies doing it?” another commenter asked.

“Hope you go to jail along with the producers,” someone else added.

“Rust” will resume filming in January, after its production company agreed to settle the wrongful death lawsuit brought by Hutchins’ estate.

No charges or arrests have been made in the year since Hutchins’ death. However, charges could be coming Baldwin’s way.

Heather Brewer, spokesperson for the Office of the First Judicial District Attorney for the State of New Mexico, released a statement Friday, saying the sheriff’s report into the shooting is still pending.

“On the anniversary of the tragedy on the Rust film set in Santa Fe County, District Attorney Mary Carmack-Altweis remains committed to pursuing justice for the victims, and getting answers for the community,” the statement reads.

“As soon as the District Attorney receives the full report from the Santa Fe County Sheriff, she and her team of professional attorneys and investigators will thoroughly review all the evidence and make a thoughtful decision about whether to bring charges against those involved.”

“No one is above the law and every victim deserves justice.”