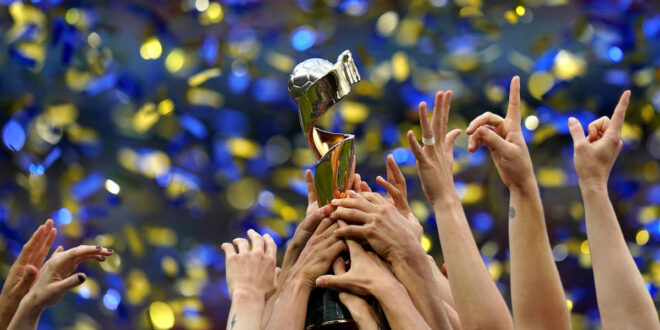 The U.S. women’s national team will set out next summer to do something no team has ever done—win three straight World Cups—and its road to that potential three-peat is now set.

As the top-ranked team in the world according to FIFA, the U.S. was in the seeded pot for Saturday’s draw along with the co-hosts and the next five teams in the October FIFA ranking: Sweden, Germany, England, France and Spain.

Drawn into Group E, the U.S. will play against Vietnam, the Netherlands and a playoff winner still to be determined on July 22, July 27 and Aug. 1, respectively. That second match, vs. the Dutch, will be a rematch of the 2019 final, won by the U.S. 2–0 in Lyon, France. It will also be a rematch of an Olympic quarterfinal from last year, which the U.S. won in a penalty shootout following a 2–2 draw.

“I’m excited. We got a good, but somewhat tough draw,” U.S. manager Vlatko Andonovski told Fox after the event’s conclusion. “But I’m excited about it. This is when the real preparation starts.”

Only 29 of the 32 places in the World Cup were clinched by the time the draw was conducted. FIFA is staging a 10-team, intercontinental playoff in New Zealand in February, one that features three mini brackets to determine the final places in the competition. Those remaining spots (one to Portugal/Thailand/Cameroon, one to Chile/Senegal/Haiti, one to Paraguay/Chinese Taipei/Panama/Papua New Guinea) had placeholders in the draw. The same workaround was required for the men’s World Cup draw last April, where three places also had not yet been sorted. The U.S. men, for instance, didn’t know they would be playing Wales until a couple of months later, following the Dragons’ playoff triumph. The U.S. women are in a similar situation, with the Portugal/Thailand/Cameroon winner due to join its quartet. Portugal, ranked 23rd in the world, is the favorite and will await the winner of the Thailand-Cameroon semifinal on Feb. 22.

And from that came the eight groups for the competition, which runs from July 20 to Aug. 20 next summer:

Learning the potential road in the knockout bracket is arguably just as, if not more, important as finding out the group fate. The U.S. won’t overlook any of the three teams it will play in the opening round, but there’s an unequivocal expectation that the Americans will make it through their group, even if the margin for error has shrunk through expansion to 32 teams. Third-place finishers are no longer part of the knockout puzzle anymore (the top four used to advance when there were just six groups), meaning a top-two group finish is required to advance.

Nevertheless, the U.S. knew, going into the 2019 competition, that if things broke as expected in the group phase, its route to the title likely was going to include a quarterfinal showdown against host France. That’s indeed how it played out, with the U.S. taking a brutally difficult road to winning it all for a second straight time (Spain, France, England, Netherlands).

This time around, should chalk prevail and the U.S. not finish second in its group, it could be looking at a knockout route that is considerably more favorable. That includes a last-16 date with Italy, Argentina or South Africa (the runner-up in Group G behind expected winner Sweden) and a potential quarterfinal berth against the winner of a wide open Group A or the runner-up from Group C, which is most likely to be one of Spain or Japan. The likes of England, Germany, France and Canada (and all teams in Groups B, D, F and H) will be on the opposite side of the bracket no matter if the seeds hold due to the structure of the knockout stage, opening up the possibility for a road of less resistance to a potentially mouthwatering final.

But first things first: In the group stage, the U.S. will be tested most by the Netherlands, which needs no additional motivation after having its title dreams cut short by the Americans both in France and Japan. This is a top-heavy group, though, one whose first-place finish should come down to that anticipated rematch—and if it ends in a draw, then likely goal differential.

“Two quality teams playing against each other. It’s going to be a good game,” Andonovski said.

Beyond the matchups, the U.S. does get a bit of a travel break at the start, as the entirety of its group play will take place in New Zealand. The first time the U.S. would have to head to Australia would be for the round of 16, no matter if it finishes first or second in the group.