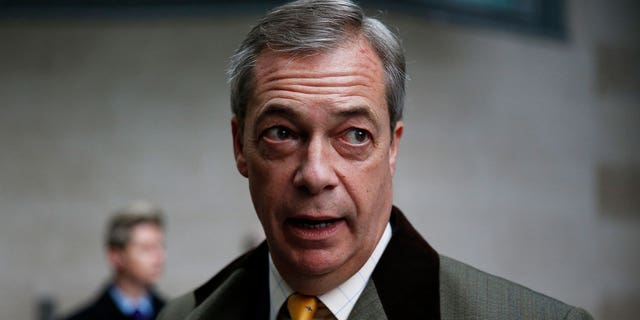 The resignation of Liz Truss as Britain’s prime minister just 44 days after taking the post has left the Conservative Party with an unclear future, with Nigel Farage declaring the party “dead” while others argue the party must evolve to survive the challenge of new “movements.”

“The British Conservative Party is finished, it is dead,” Farage told Fox News Digital. “After 200 years of existence, it now serves no purpose. The space is opening up for a new center-right political movement.”

Truss announced her resignation just one day after declaring she was “a fighter and not a quitter,” caving to party pressure and setting in motion a leadership election that will take place “within the next week.” She backtracked on a number of planned tax cuts outlined in her “mini-budget,” which provoked a strong reaction from the markets that saw the pound’s value drop to record lows, forcing Truss to fire Chancellor of the Exchequer Kwasi Kwarteng.

Some believe the problem goes beyond Truss and that the party has lost its way: Lance Forman, a former Conservative Party MEP and Brexit Party MEP in the European Parliament, told Fox News Digital that the Conservative Party “seems to have moved much more to the center or even to the left.”

“You know, you’ve almost got a situation now where you’ve got, you know, old labor fighting new labor as the new real conservatives left,” Forman said, adding that “it’s a very fast changing situation” and “all a bit crazy at the moment.”

Farage, mastermind of the Brexit Party “Reform UK” in the European Parliament, on Thursday posted a video to Twitter in which he urged “big guns” from the party to join him in helping to “replace” the Conservative Party, saying he “can’t do this” on his own.

Forman said that getting a new party going was “so difficult” and “almost impossible” in the current system, but admitted that the Conservative party has no clear path to take due to “so much disaffection” with the party.

“A lot of people have blamed … what’s been going on [with] the budget, certainly with our economy, but you only have to look around the world and interest rates are going up, and there’s a lot going on at the moment,” Forman continued. “Is there room for a new party? Will the Conservative Party split? It’s difficult.”

Some analysts dismissed the idea that the best way forward is to kill the “most successful political party in the Western Hemisphere.”

Alan Mendoza, executive director of the Henry Jackson Society, told Fox News Digital that the Conservative Party can survive, as it has done before, “by constantly reinventing itself.” 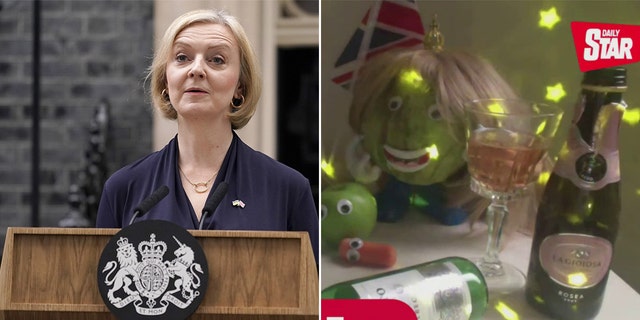 He pointed to other times of weakness in the party, such as in the 1990s after a “catastrophic defeat” to Tony Blair’s “new Labour” movement, arguing the party was “able to put itself together again.” According to Mendoza, the real issue is one of the government, not the party.

WITH TRUSS ON THE WAY OUT, WILL BORIS COME BACK TO SAVE THE DAY?

“I think the party right now obviously has had a shock to the system in the form of Truss-onomics and what Liz Truss was trying to do before that … though, if you recall, Boris Johnson in 2019 delivered a solid majority of 80 seats or so in terms of the British Parliament, and that was a very big majority,” he said.

“It was obviously that ability to govern was controlled by already having to reinvent itself as a party that approaches both northern and southern issues within the UK,” Mendoza concluded. “It seems strange to think that just three years later the Conservative Party is over.” 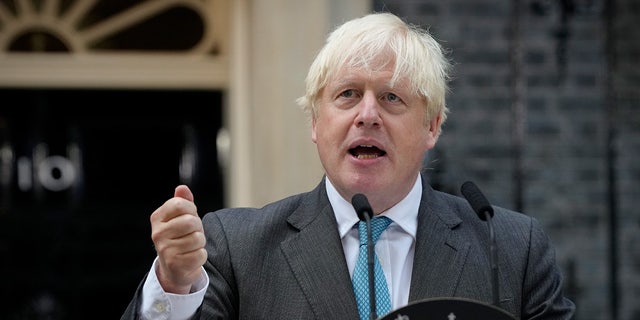 Outgoing British Prime Minister Boris Johnson speaks outside Downing Street in London, Tuesday, Sept. 6, 2022 before heading to Balmoral in Scotland, where he will announce his resignation to Britain’s Queen Elizabeth II. Later on Tuesday Liz Truss will formally become Britain’s new Prime Minister after an audience with the Queen. (AP Photo/Kirsty Wigglesworth)
(The Associated Press)

Nile Gardiner, director of the Margaret Thatcher Center for Freedom at The Heritage Foundation, agreed with Mendoza’s assessment, saying that the British government is “in a terrible state of crisis and turmoil.”

As for the future, Gardiner noted that Jeremy Hunt, recently appointed as the new Chancellor of the Exchequer, stands as “arguably the most powerful politician” in the U.K., dictating policy over the past few days, but it remains unclear who will end up replacing Truss directly.

But whoever takes over will face a challenge to reunify the party and pull together a government that seems “on the verge of collapse.”