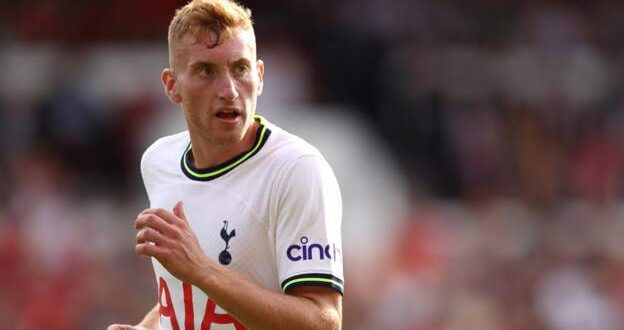 Dejan Kulusevski: Tottenham midfielder may be out until after World Cup – Conte

Dejan Kulusevski may not play for Tottenham again until after the World Cup ends in December, says manager Antonio Conte.

Conte says Kulusevski, who is on loan from Juventus, has since suffered a setback in his recovery.

“I think we have to wait a bit of time to see him with us,” Conte said.

“Yeah [I am worried] because his recovery was going well and then one day the situation worsened.

Kulusevski and Sweden missed out on a place at the World Cup after losing to Poland in a play-off in March.

Conte added that he has his “fingers crossed” that key forward duo Harry Kane and Son Heung-min stay fit, joking that he may even come out of retirement to help the squad if they pick up an injury.

The former Chelsea boss is heavily reliant on Kane and Son, as Richarlison is sidelined with a calf issue, Lucas Moura is edging his way back to fitness after long-term injury and Bryan Gil is inexperienced in the Premier League.

“For sure this type of situation creates a big, big difficulty,” he said. “For me, also fingers crossed because at the moment we have Harry and Sonny in good health. I hope they continue to stay that way or I’ll have to think about putting my shoes on to play, me!”