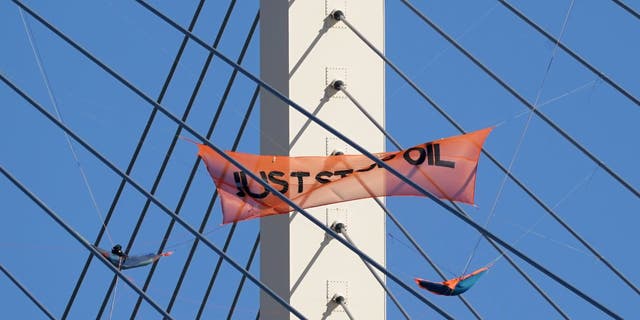 Climate protesters in England are being accused of having “blood on their hands” after their protest scaling a bridge caused a traffic jam that reportedly kept first responders from quickly tending to two crash victims who died.

“The eco-warriors may have thought it was an innocent protest, but they’ve got blood on their hands,” Mark Heap, 55, told the Daily Mail after suffering a broken back and a broken leg on Monday when he stopped to help a stranded motorist and was struck by a speeding car that was attempting to avoid a traffic jam caused by climate protesters who had scaled England’s Queen Elizabeth II bridge.

Lisa Webber, a mother of four in her 50s, was also struck by the BMW while attempting to help the stranded motorist on London’s busy M20 highway and was thrown into oncoming traffic and later died.

The Daily Mail reported that a second woman in her 40s was also struck and killed by the BMW.

Just Stop Oil protesters continue their protest for a second day on the Queen Elizabeth II Bridge, which links Kent and Essex. The bridge remains closed for traffic, after it was scaled by two climbers from the group. Picture date: Tuesday October 18, 2022.
( (Photo by Gareth Fuller/PA Images via Getty Images))

“They may not have directly caused the M20 accident,” former Metropolitan Police detective chief inspector Mick Neville told The Sun. “But had their irresponsible demo not taken place, the women and van driver would probably not have been there.” 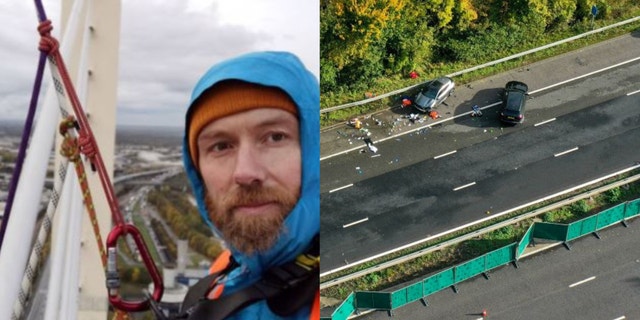 “Without the protest the emergency services might have been able to get there in time to save the women,” Heap said.

Two climate activists climbed the North side of the bridge early Monday morning, saying in a press release that they were demanding that the government “halts all new oil and gas licenses and consents.”

The pair of activists were on the bridge for at least 24 hours and caused two-hour delays and a six-mile traffic jam, according to reports. 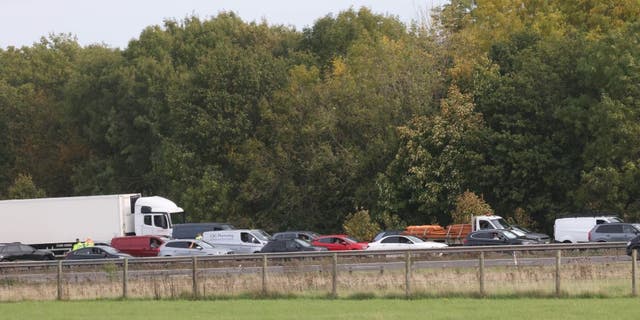 Police attended, along with ambulance and fire crews, and two women were declared deceased at the scene following a fatal hard shoulder collision.

“As a professional civil engineer, each year as I renew my registration, I commit to acting within our code of ethics, which requires me to safeguard human life and welfare and the environment,” 39-year-old Morgan Trowland, said. “Our government has enacted suicidal laws to accelerate oil production: killing human life and destroying our environment. I can’t challenge this madness in my desk job, designing bridges, so I’m taking direct action, occupying the QE2 bridge until the government stops all new oil.”

Just Stop Oil did not immediately respond to a request for comment from Fox News Digital.

Trowland and fellow protester Marcus Decker were reportedly arrested after being brought down from the bridge on a cherry picker and charged with conspiracy to commit a public nuisance.