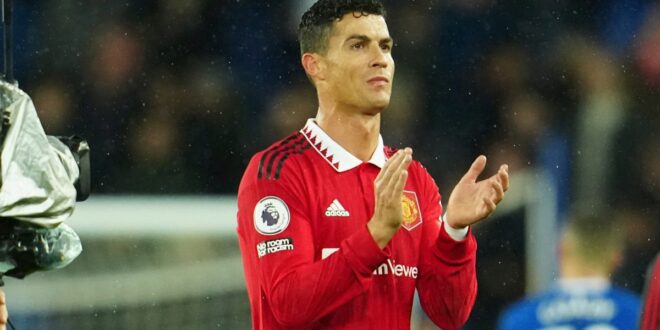 Hours after Manchester United announced that Cristiano Ronaldo would be removed from the first team following his refusal to enter Wednesday’s game against Tottenham, the star forward has offered a public response.

Ronaldo, who has only started twice in the team’s 10 Premier League contests this season, said in an Instagram post that he would continue to work hard at the team’s training grounds at Carrington and support his teammates from afar.

“As I’ve always done throughout my career, I try to live and play respectfully towards my colleagues, my adversaries and my coaches. That hasn’t changed,” Ronaldo wrote. “I haven’t changed. I’m the same person and the same professional that I’ve been for the last 20 years playing elite football, and respect has always played a very important role in my decision making process.”

Though Ronaldo did not specifically mention Wednesday’s incident, he did note that, though he tries to set an example for younger players, sometimes “the heat of the moment get’s the best of us.”

Ronaldo has been relegated to a reserve role for all but two of the club’s 10 Premier League games. He’s been on the field for fewer than 45 minutes in seven games this season, with just one goal scored.

After Wednesday’s match, Manchester United manager Erik ten Hag hinted that discipline would be forthcoming. “I don’t pay attention today. We deal with that tomorrow,” he said. “I want to focus on this team. It was a magnificent performance from all 11 players. I have to correct myself. It was a performance on the subs who came on. A squad performance.”

Ronaldo’s future at Man United now comes into full focus. He had pushed for a transfer over the summer, but no solution materialized. With the January transfer window following the 2022 World Cup, in which Ronaldo will represent Portugal for the fifth time, it can be expected that another round of Ronaldo rumors and speculation will heat up.