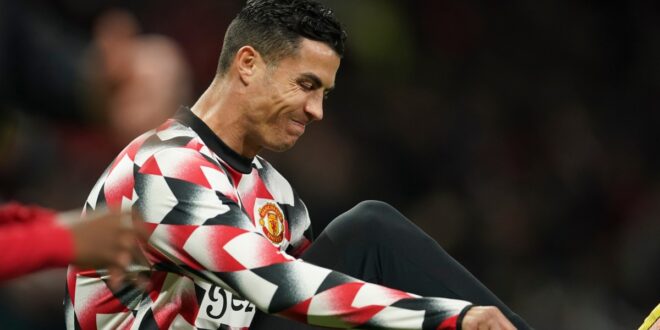 Following a sluggish start to the Premier League season in which they dropped their first two games by a combined 6–1 score, Manchester United have righted the ship, winning six of their last eight matches. That run includes Wednesday’s 2–0 win third-place Tottenham, which had the Red Devils smiling, with one notable exception: star forward Cristiano Ronaldo.

Ronaldo, who rejoined United last August, has fallen out of favor with new manager Erik ten Hag, slipping out of the starting lineup. He didn’t appear in Wednesday’s match, and headed toward the tunnel for the dressing room before the final whistle.

After the game, ten Hag was asked about Ronaldo’s leaving the field early but declined to elaborate much on the situation.

“I don’t pay attention today,” ten Hag said. “We deal with that tomorrow. I want to keep the focus on this team. It was a magnificent performance from all the 11 players.”

United’s surge up the table has coincided with Ronaldo’s demotion to the bench. The 37-year-old forward has started just twice in the team’s 10 Premier League games, and has not played a single minute in two of their last four. In seven games this season, Ronaldo has played fewer than 45 minutes.

With the situation as it is, speculation will continue to swirl about how long Ronaldo will stick with the club. The Premier League’s winter transfer window will begin on Jan. 1 and remain open for the duration of the month.