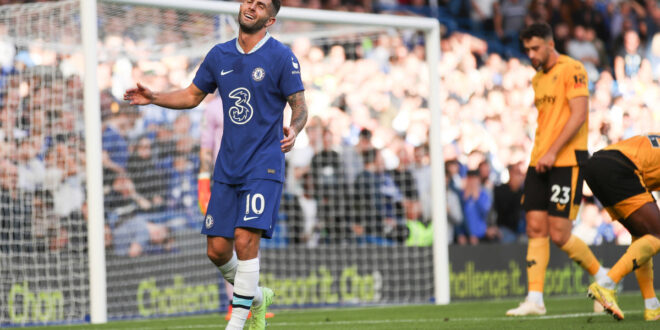 Chelsea manager Graham Potter praised Christian Pulisic for his contribution to the team so far this season, but said that the upcoming World Cup won’t affect his decision to play the U.S. men’s national team star.

Pulisic, whose future was uncertain during the last transfer window under former manager Thomas Tuchel, has only started two games this season for Chelsea. Since Potter’s arrival in early September, Pulisic has made one start and two brief substitute appearances (each only seven minutes).

However, the 24-year-old has recorded a goal and assist in his last two appearances for Chelsea.

“You can imagine my focus is on Chelsea,” Potter said Tuesday. “I understand that all the players have ambition and want to play for different reasons, for their families, careers or World Cups.

“That’s all fine but it’s my job to select the right team for whatever game. Not saying I am right all the time, I am not but somebody has got to make the call.

“With Christian I would say he has been fantastic around the place, been really good with teammates, contributed against Wolverhampton Wanderers. He is pushing for a place, pushing for a start. Things change quickly in football and he needs to be ready.”

Despite the lack of playing time thus far, Pulisic is expected to lead the USMNT into Qatar, where the side will face a tough group featuring England, Wales and Iran. He recently featured in the USMNT’s last friendly against Saudi Arabia after missing the Japan loss due to a slight injury.

The U.S. opens the group stage against Wales on Nov. 21.