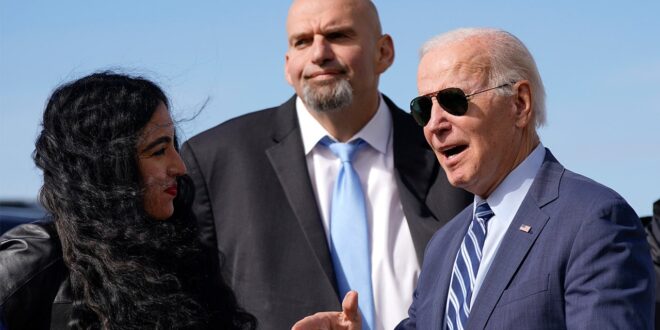 Biden predicts Gisele Fetterman will be ‘great, great lady in the Senate’

President Biden predicted that Gisele Fetterman, wife of Pennsylvania Senate candidate John Fetterman, that she will be a “great lady in the senate.”

Biden made the remark while visiting Pittsburgh, where he was acknowledging the renovation of a bridge that had made headlines after collapsing last year.

Biden thanked Fetterman, Pennsylvania’s lieutenant governor, for attending the speech, saying that he would try to be brief for the sake of the lieutenant governor. During the brief acknowledgment, Biden made the comment that Fetterman’s wife would do well in the Senate.

“John, thank you very much for running, I really do appreciate it,” Biden said. “And Gisele, you’re gonna be a great, great lady in the Senate.” 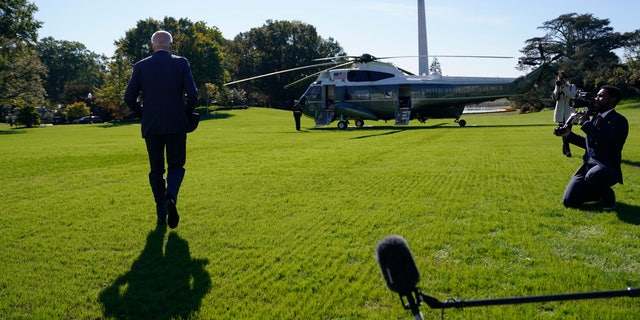 President Joe Biden walks to board Marine One on the South Lawn of the White House, Thursday, Oct. 20, 2022, in Washington.
(AP Photo/Evan Vucci)

Biden’s comment comes at an inopportune time as political rivals and media outlets continue to speculate about the Democratic candidate’s health and capacity to hold public office after a stroke took him off the campaign trail in May.

Voght’s updated tweet changed the description of Mrs. Fetterman from “de facto candidate” to “key surrogate for her husband” in his campaign, seemingly to downplay the impression that John Fetterman is incapable of leading the campaign.

Gisele Fetterman ripped NBC journalist Dasha Burns for claiming he had a “difficult” time with small talk prior to their interview, suggesting she should face “consequences.” 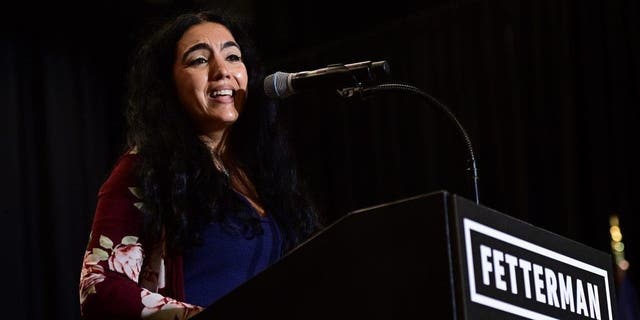 Gisele Fetterman claimed that Burns’ statements were a “disservice” to her husband, to the disabled community and to Americans in general.

Burns received a torrent of criticism from liberal media figures after noting that Fetterman had a “difficult time” engaging her and her team in small talk prior to the interview. She added that Fetterman was fine once they got to the discussion, which was aided by closed-captioned questions for the candidate.

Republican Dr. Mehmet Oz is trailing Fetterman 48% to 46%, which is within the margin of error of 4.4 percentage points, in an AARP poll of likely voters released this week.

After Biden ended his speech, he seemed to momentarily lose track of where he should leave the stage, before exiting and greeting those in attendance.

Previous Six Chinese nationals charged with harassing, trying to coerce US resident to return to China
Next Steven Gerrard: Aston Villa and manager part ways after heavy defeat at Fulham