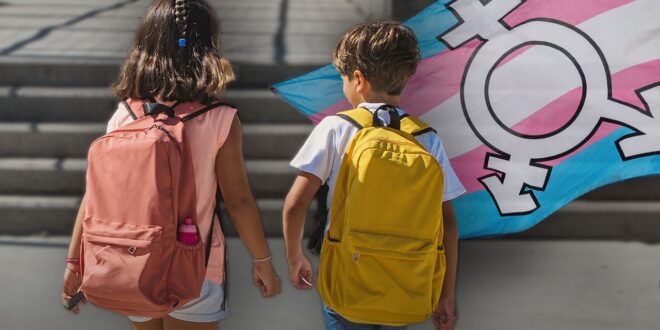 The Biden administration has been promoting puberty blocker and hormone therapy treatment drugs for transgender children even as it spent roughly $17 million on studies to analyze the dangers and uncertainties of the drugs.

The National Institutes of Health is funding nearly 30 studies on medical concerns for transgender people after hormone therapy, such as increased cardiovascular risks, weakened ability to fight sexually transmitted infections, higher levels of HIV and infertility. Several of these concerns are identified in NIH-funded studies on transgender youth.

One of these studies that began last year declares puberty blockers “have not been systematically studied.” Another study on hormone treatment for adolescents states there is “little to no empirical data guiding clinical practices.”

The Food and Drug Administration has yet to approve puberty blockers and hormone therapy as treatments for transgender people, though they are permitted for other uses.

Nevertheless, the White House describes state bans on puberty blockers and hormone therapy for minors as “bullying disguised as legislation” and an attack on “lifesaving health care.”

The Department of Justice in March sent a letter to state attorneys general that claimed these bans violate federal nondiscrimination laws. When Alabama passed a ban the next month, the DOJ filed a lawsuit. The trial for a legal challenge to an Arkansas ban began Monday.

Dr. Sue Greenwald, a retired pediatrician with more than three decades experience, said she only had one patient in her career who needed puberty blockers, which was due to early puberty rather than gender dysphoria.

“These drugs were never intended for recreational use,” Greenwald told Fox News Digital. “The first rule of medicine is ‘do no harm,’ and that used to be taken seriously. I’m not sure when medical ethics were thrown out the window.” 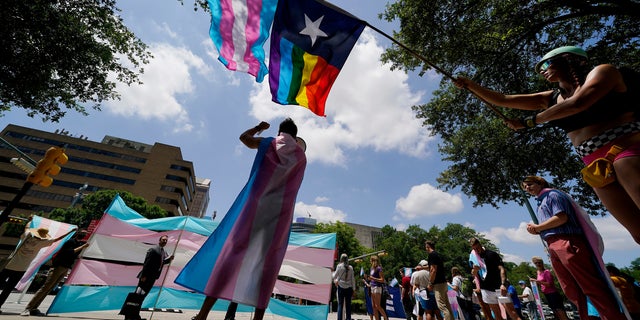 Demonstrators gather on the steps of the Texas Capitol to speak against transgender-related bills being considered in the Texas Senate and Texas House, May 20, 2021, in Austin, Texas.
(AP Photo/Eric Gay, File)

The NIH has long provided grants for research on the health risks of transgender treatments. The Biden administration has stepped it up, announcing a five-year plan to increase its focus on what it calls “sexual and gender minorities.” This resulted in an extensive list of studies that emphasize the need for more research on established and potential health risks from hormone treatments. Nearly all of these studies are set to receive additional funds in future years.

One study hypothesized puberty blockers may “disrupt puberty-signaled neural maturation in ways that can undermine mental health gains over time and impact quality of life in other ways.” It received $1,590,307.

Another study that received $377,019 explores if puberty blockers cause vascular issues.

A study on puberty blockers that received $1,146,939 states, “There is little information available on its effects on bone health in young peri-pubertal transgender youth.” Shifts in hormones can impact long-term skeletal issues, the study notes.

All three funded studies emphasize the impact of puberty blockers is unclear and understudied. 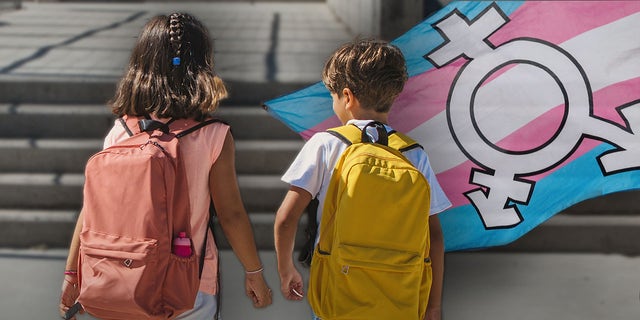 Another study on neurodevelopment in transgender youth received $716,204 and focuses on both testosterone and estrogen hormone treatment.

A study that received $431,334 hypothesizes that “altered hormonal milieu is the major driver of increased cardiometabolic risk in transgender youth.”

“The initiation of testosterone or estrogen will have characteristic effects on markers of insulin resistance, lipid profiles, vascular health, and endothelial function,” the project description continues.

A specific concern in cardiometabolic risk regards estrogen hormone treatments, which one study that received $450,554 states may increase the risk of blood clots in transgender youth.

The impact of hormone treatments on the immune system is another leading concern. One study that received $431,334 states there is a “key gap in knowledge” on this risk for transgender people. The study adds that adolescents are more susceptible to HIV, which, when paired with hormone therapy, means transgender youth may be at an increased risk. 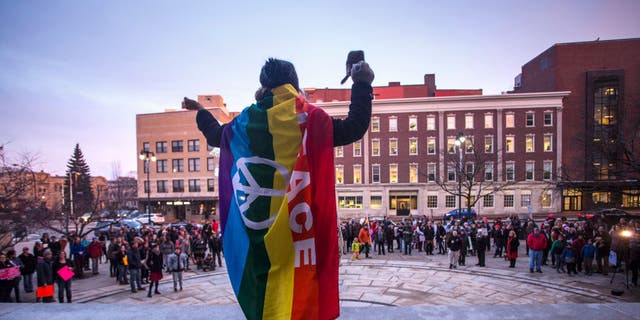 The NIH, when asked about this extensive funding, said its grants aim to address the “full spectrum of human health across all populations of Americans.”

Dr. Andre Van Mol, a board-certified family physician and co-chair of the Committee on Adolescent Sexuality for the American College of Pediatricians, said the most thorough research on transgender hormone treatments shows significant health risks and miniscule, if any, benefits.

NIH-funded studies on health concerns potentially linked to transgender hormone treatments expand to adults as well. A broad, national study that received $1,377,821 states additional research is necessary to follow up on previous studies that found increased risk for blood clots, strokes, suicides and dependence on psychiatric drugs in transgender people.

Another study on voice training for transgender men, which received $571,892, states, “There is no evidence-based treatment for voice masculinization, a critical factor in gender-affirming medical intervention and personal safety.”

A focus of studies on transgender adults includes the prevalence of sexual diseases. Transgender women are 49 times more likely to get HIV.

Researchers attribute this in large part to their increased rates of sex work and drug use, but several NIH-funded studies analyze how hormone treatment weakens the sexual immune system. This includes 13 studies that total $6,947,474.

Two studies analyze how hormone treatment in transgender people may weaken the impact of HIV treatments. Another two study why transgender women have such high rates of HIV. This included an experiment where male monkeys were injected with estrogen. Another study focuses on HIV spread in biological females, which is much lower.

Two studies at the University of Michigan received a combined $1,157,160 to study if hormone treatment can be reversed to maintain fertility in women. This includes an experiment on female mice that are put on and off testosterone treatment.

“The impact and reversibility of long-term cross-sex hormone therapy on reproductive health is largely unknown, particularly in transgender men,” the study states. “My central hypothesis is that adverse reproductive changes induced by [testosterone] therapy will be only partially reversible with [testosterone] cessation.”

Previous More than 100 pro-life orgs, churches attacked since Dobbs leak
Next Get ready for the first major Republican cattle call of the 2024 presidential race