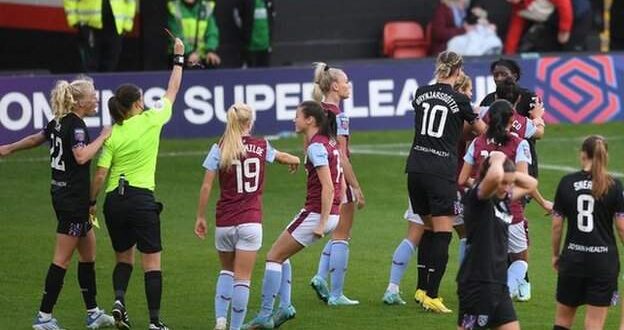 Hammers defender Cissoko was sent off for lashing out at Villa’s Mayling in Sunday’s Women’s Super League match, sparking a confrontation when Cissoko left the pitch.

“The abuse for both of them has been absolutely unacceptable,” said Ward.

West Ham said they are “disgusted by the hateful content of the online messages sent to Cissoko”.

The France defender appeared to slap Mayling in an off-the-ball altercation, which prompted a similar melee on the touchline and ended with West Ham boss Paul Konchesky also dismissed for his involvement.

It was a dramatic finish to a physical encounter, which West Ham won 2-1.

On Sunday, Ward said she had “never seen anything like it in the game” and called the scenes at the end of the match “ugly”.

The statement from West Hamexternal-link continued: “While we in no way condone Hawa’s actions on the pitch, for which she has apologised, there is no place for this [abuse] in society and we condemn it unreservedly.

“West Ham United continues to be unequivocal in its stance – we have a zero-tolerance approach to any form of discrimination.

“Equality, diversity and inclusion are at the heart of the football club, and we urge social media platforms and regulatory authorities to strengthen their measures to prevent this abhorrent behaviour.”

West Ham say that the abusive messages have been passed on to the police and relevant social media companies.

Villa boss Ward said: “They [Mayling and Cissoko] have been involved in an altercation which happened in a highly-charged and emotional game. I’m sure they are both very sorry for the incident that happened but neither of them deserves to have to go through what they went through in terms of that online abuse.”

She added that Mayling had been advised to stay off social media this week and “focus on football” instead.

“Sarah and Hawa have been subjected to some horrific abuse online and they are both good human beings. Nobody should be subjected to that, no matter what’s happened on the pitch,” Ward said.

Cissoko also tweeted a statementexternal-link expressing “regret” for her actions and thanking people who have sent her messages of support. 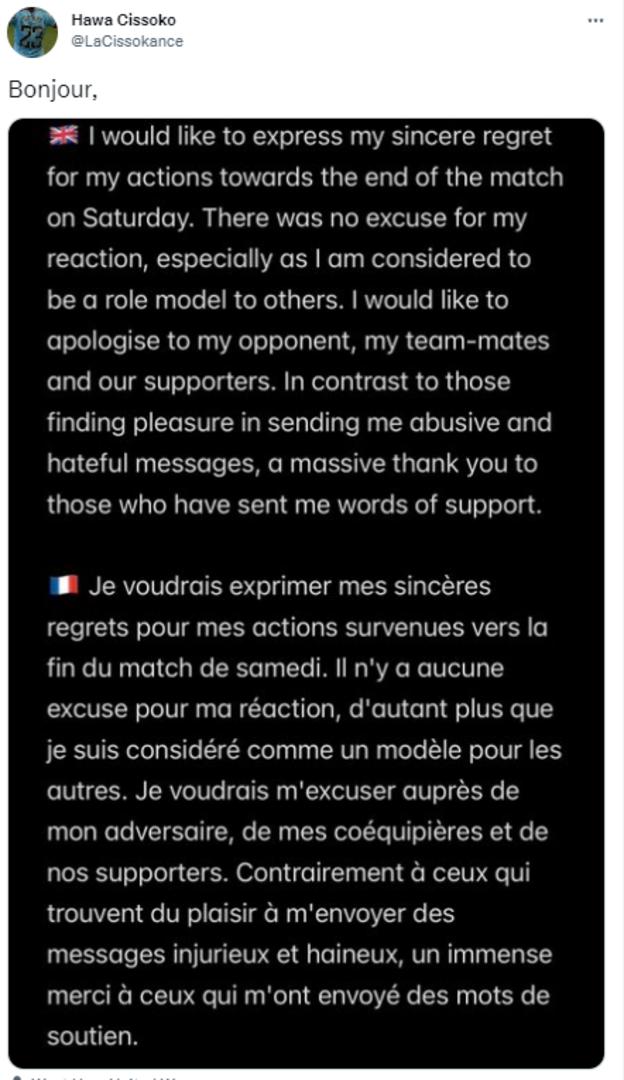