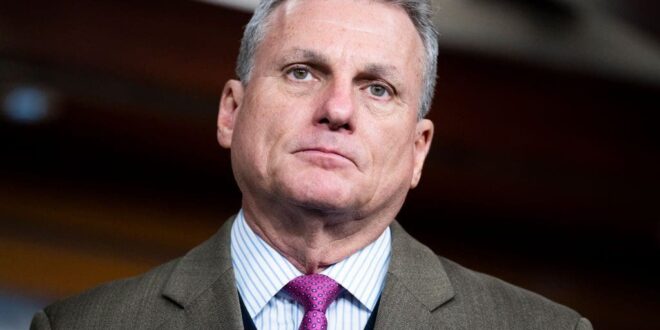 House Republicans are eying an overhaul to federal entitlement programs if entrusted with the majority this November.

GOP lawmakers say next year’s need to hike the debt limit, a cap on how much the federal government can borrow to meet expenses, presents an opportunity to put federal safety net programs like Social Security and Medicare on the path to sustainability.

“We’re going to make sure that if you’ve paid into the system, your benefits are not going to be cut,” said Rep. Buddy Carter of Georgia, who is running to be the top Republican on the House Budget Committee. “But starting from there we need to look at these programs and figure out ways to make them sustainable, make them stand on their own.”

Given the politically volatile nature of the issue, Republicans are treading carefully. Some have proposed raising the retirement age for both Medicare and Social Security. Currently, the age of eligibility for Medicare is 65, while for Social Security the age is either 66 or 67 depending on whether you were born before or after 1954.

“We’re going to make sure that if you’ve paid into the system, your benefits are not going to be cut,” said Rep. Buddy Carter.
(Tom Williams/CQ-Roll Call, Inc via Getty Images)

Others suggest the programs could be means-tested to ensure that wealthy Americans with private retirement and health care plans are not monopolizing benefits that are more needed by lower-income senior citizens.

Still, some Republicans say the key to shoring up both Social Security and Medicare might be by means-testing welfare programs and putting work requirements in place for beneficiaries.

“There are over 70-plus federal welfare programs. The American people believe there should be work requirements for all those programs for able-bodied healthy adults,” said Rep. Jason Smith of Missouri, who is vying to lead the House Ways and Means Committee.

Republicans say money saved by cracking down on welfare abuse and unemployment fraud could be used to shore up Social Security and Medicare. They also say that spending cuts in other areas as well as plans to pay down the more than $31 trillion national debt will save the federal government money in the long term but relieve it of having to dole out billions in interest payments.

“Everything is on the table, except cutting benefits for people who currently receive these benefits and are about to receive them,” said Carter.

The GOP proposals likely face an uphill battle even if they win control of both the House and Senate this midterm cycle. President Biden would likely veto any legislation that makes major changes to entitlement programs, which Democrats have long seen as enshrined mandates for all citizens.

In recent weeks, Biden and Democrats have appeared to relish a future fight with Republicans on the topic. Polling shows both Social Security and Medicare are widely popular among older voters, a key constituency for the GOP.

“I’ll protect those programs. I’ll make them stronger,” Biden said during a White House event last month. “And I’ll lower your cost to be able to keep them.” 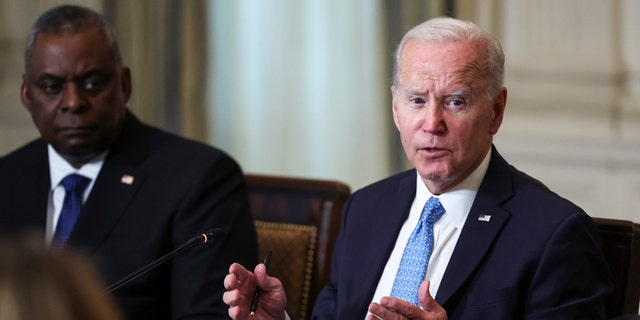 “I’ll protect those programs. I’ll make them stronger,” Biden said during a White House event last month. “And I’ll lower your cost to be able to keep them.”
(Kevin Dietsch/Getty Images)

Republicans say the time to fix entitlement programs is now and view next year’s debt limit battle as key. The must-pass debt hike presents GOP lawmakers with a strong leverage point over Biden to get concessions.

“The situation is fluid right now, but I think everyone knows this is a big chance,” an aide to GOP leadership said. “The administration isn’t going to agree to GOP spending priorities, but they also don’t want to see the country go off a fiscal cliff.”

However, Democrats, including House Speaker Nancy Pelosi, are accusing Republicans of “plotting a catastrophic economic meltdown” due to their plan to “hold the debt limit hostage” and force changes to Medicare and Social Security.

“Leader McCarthy is just the latest of a growing list of extreme MAGA Republicans who have not-so-subtly suggested brutal cuts on Medicare and Social Security,” Pelosi’s office wrote in a press release Tuesday.

Medicare’s board of trustees notes that its hospital insurance trust fund, which covers inpatient hospital stays for individuals 65 and older, is slated to run out of money by 2028.

The trust fund is financed by a 1.45% payroll tax that is levied equally on employers and employees. Once it runs out, Medicare will face a 10% budget shortfall starting in 2029, meaning patients are likely to see a cut in services for hospital stays and hospice. The trust fund does not cover other parts of Medicare, like subsidies for prescription drugs and physician visits, which are funded by patient premiums and state governments. 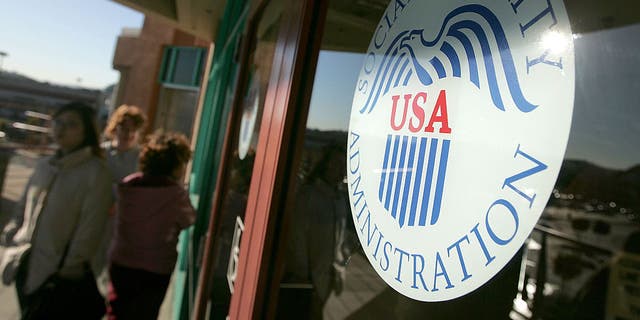 Both Medicare and Social Security are set to face major budget shortfalls if Congress does not act.
(Getty Images )

Social Security retirement and survivor benefits are similarly slated to run out of money by 2033. The program, which is funded by a 6.25% payroll tax on employers and employees, faces a shortfall as the U.S. population ages but birth rates remain low. If Congress does nothing, only 78% of Social Security benefits will be payable by 2034.

“This is a looming crisis,” said Carter. “I get that people have said this before, but it’s more pressing now than it’s ever been. If we don’t do something we’re at risk of losing these programs.”

Both Democrats and Republicans seem to agree, but are sharply divided on a solution.

House Democrats have proposed raising payroll taxes to pay for Medicare and Social Security as well as removing income caps. Republicans are still figuring out their proposal but have pledged not to cut benefits for senior citizens currently relying on the programs.