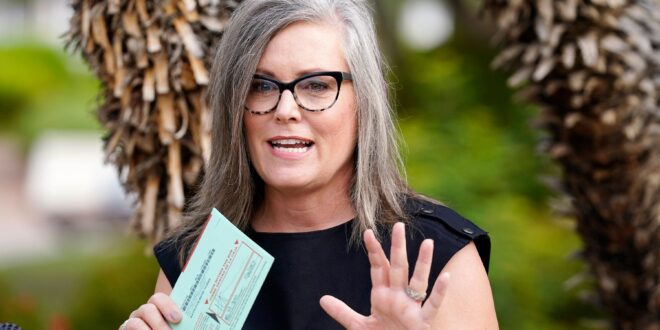 A voter registration error caused up to 6,000 Arizona voters to get a mail ballot with only federal races, Secretary of State Katie Hobbs said Tuesday.

Hobbs, who is the Democratic nominee for governor, said in a statement that affected voters will receive the correct ballot shortly.

Hobbs has staked her gubernatorial campaign largely on her staunch defense of the 2020 election in the face of criticism from former President Donald Trump and his allies. Her Republican rival, former television news anchor Kari Lake, has spread Trump’s unsupported claims of fraud two years ago and has called on Hobbs to step aside from overseeing the midterms while she’s on the ballot.

When people register to vote in Arizona or update their registration, an election system queries driver’s license records to verify whether the person has proven their citizenship. Those who don’t have citizenship documentation on file are not eligible to vote in state elections and are registered as “federal only” voters.

FILE – Arizona Secretary of State Katie Hobbs speaks to the media before dropping off her primary election ballot July 21, 2022, in Scottsdale, Ariz. A voter registration error caused up to 6,000 Arizona voters to get a mail ballot with only federal races, Hobbs said Tuesday, Oct. 18. Hobbs, who is the Democratic nominee for governor, said in a statement that affected voters will receive the correct ballot shortly. (AP Photo/Ross D. Franklin, File)
(AP Photo/Ross D. Franklin, File)

Sophia Solis, a spokeswoman for Hobbs, said the driver’s license query failed to properly verify the citizenship for some people, leading them to to be improperly registered as federal only voters. She did not provide a breakdown of their party affiliation or describe the characteristics that led to problems. 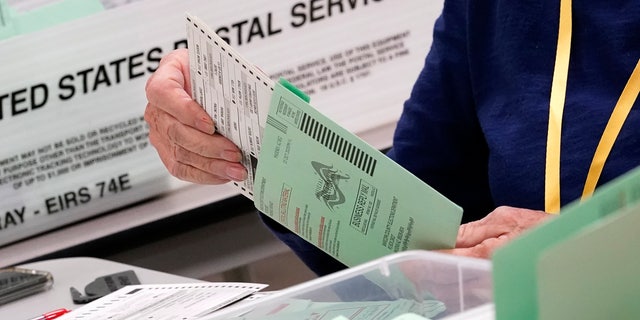 Federal only voters have been a subject of political wrangling since the U.S. Supreme Court ruled in 2013 that Arizona cannot require documentary proof of citizenship for people to vote in national elections. The state responded by creating two classes of voters — those who can vote in all races and those who can vote only in federal elections. Hobbs said in her statement that the problem affected less than a quarter of 1 percent of voters. She said the database problem has been corrected.