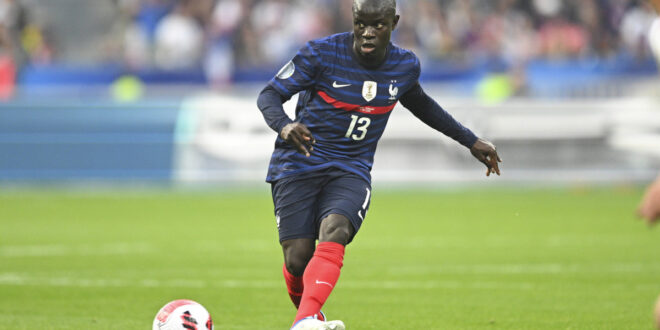 France was dealt a massive blow in its World Cup title defense with the news that N’Golo Kanté will not be making the trip to Qatar due to injury.

Chelsea confirmed Tuesday that the midfielder had surgery on his injured hamstring that will rule him out for the next four months. Kanté has made only two appearances for Chelsea this season and has already missed the last two months due to the injury.

Kanté played a significant part in France’s 2018 World Cup-winning side, completing the full 90 minutes in every game but the final in Russia.

France may get a boost in midfield with the news that Paul Pogba has returned to training. The Juventus star has struggled with a knee injury that put his World Cup at risk, but he appears to be on track to potentially play a part in Qatar, barring any setbacks.

Kanté isn’t the only Premier League star to be ruled out of the World Cup this week. Liverpool forward Diogo Jota (Portugal) and Chelsea fullback Reece James (England) will also miss out on the action in Qatar due to injury. Tottenham and Brazil forward Richarlison, however, received a reprieve after it appeared a calf injury would threaten his participation at the World Cup. He’s due to return in time.

As for Kanté’s France, it will play Australia in its first World Cup match on Nov. 21 before facing Denmark and Tunisia in the group stage.