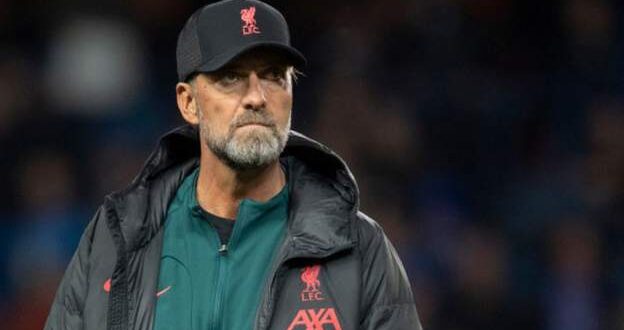 Liverpool manager Jurgen Klopp says he would “hate it” if his comments about Manchester City’s spending power were seen as xenophobic.

Speaking before Sunday’s 1-0 win over City, Klopp had said the Premier League champions – owned by Sheikh Mansour – could “do what they want financially”.

Senior figures at City were privately unhappy with those comments.

When asked if they were “borderline xenophobic”, Klopp replied: “In this specific case, I don’t feel it at all.”

He added: “I know myself. And you cannot hit with something which is miles away from my personality.

Klopp had said City were one of three clubs – including Qatari-owned Paris St-Germain and the Saudi-backed Newcastle United – with unmatched spending power.

And the feeling among the City hierarchy was that those comments helped to inflame tensions at Sunday’s game, where City boss Pep Guardiola said coins were thrown at him, while visiting fans sang “vile” chants, later condemned by the Anfield club.

Newcastle manager Eddie Howe had earlier said people should “be careful with comments and opinions” when responding to Klopp’s comments.

But Klopp says he has been misunderstood.

“I have said a lot of times things that were a little bit open for misunderstanding. I know that,” Klopp added.

“It was not intentional, just sometimes you say things and you think, ‘Oh my God! It can be interpreted like this!’ but this is not one of these moments. Absolutely.

“It started with a question (about how to compete with City) and I answered it and all the rest was made of it,” he said.

“I know what I thought and put it in perspective and said how much I respect what they are doing and it was still not right for some.”

Rivalries between England’s major clubs are nothing new.

Going back to their days at Bayern Munich and Borussia Dortmund, Pep Guardiola and Jurgen Klopp have always reserved a lot of respect for each other. Yes, there are intense passions when their teams meet because they are hugely significant collisions in the quest for the biggest honours – but between the individuals themselves, there is mutual admiration.

But there it ends.

Quite why the ill feeling should be so strong is difficult to explain. It is universally recognised both Manchester City and Liverpool are, and have been, magnificent football teams.

But it seems that is not enough.

Is it a view that Liverpool’s glorious past means they get over-praised? Is unease around City’s funding model the reason for the spite that has erupted between the clubs?

La Liga president Javier Tebas has campaigned long and hard against ‘state clubs’. His words, generally, have been taken at face value.

Yet there is a view, at City and also PSG, that there is an agenda behind the criticism.

Klopp said his comments were also about “respect” when he spoke about the funding of City, PSG and Newcastle on Friday – something Newcastle manager Eddie Howe also responded to on Tuesday.

With no immediate resolution seeming possible, it feels like a line needs to be drawn under this particular row.

But when the argument has spilled so far beyond the manager’s dug-outs, is anyone going to listen?