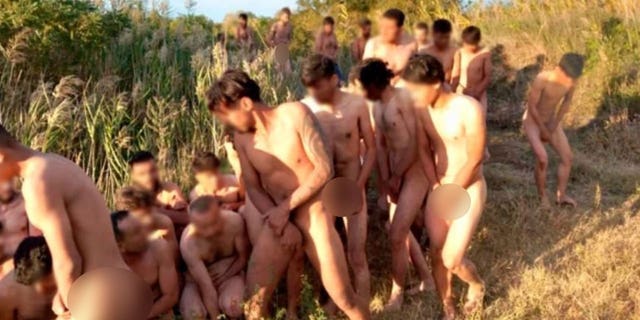 Greece blasted the decision by European Parliament to reject the budget for the bloc’s border protection agency after nearly 100 migrants were found naked at the country’s border with Turkey.

The United Nations has called for an investigation after Greek police said officers found 92 migrants, mostly men from Afghanistan and Syrian, stark naked and some with bodily injuries along the Evros River. Greek migration and asylum minister Notis Mitarachi, in sharing a photo of the migrants, condemned Turkey for forcing them across the border, allegations which Turkey denied and categorized as “fake news.”

That was before European Union lawmakers refused on Tuesday to endorse the way the EU’s border and coast guard agency used its 2020 budget, over concerns about serious misconduct by staff and human rights concerns involving Frontex’s work.

In response to the decision, Mitarachi tweeted Wednesday, “The vote against the Frontex exemption in the @EUparliament is a political game of those who don’t want border protection, those who want open borders, those who want to roll out a red carpet for whoever wants to come to Europe.”

The UN has demanded an investigation after naked migrants were found at the Greece-Turkey border.
(@nmitarakis)

The remark, which appears to since have been taken down, came in response to a tweet from Dirk Gotink, spokesperson for center-right European Parliament’s EPP Group, who quoted Dutch politician Jeroen Lenaers as saying, “to refuse discharge to #Frontex is a political game played by those that do not like Frontex and who are allergic to border management, because they believe Europe should roll out the red carpet to each and every person that wants to come here.” Mitarachi retweeted the message.

Meanwhile, another video was circulating online allegedly shows Turkish authorities beating a different group of migrants including women and children along Evros River who wanted to cross to Greece. 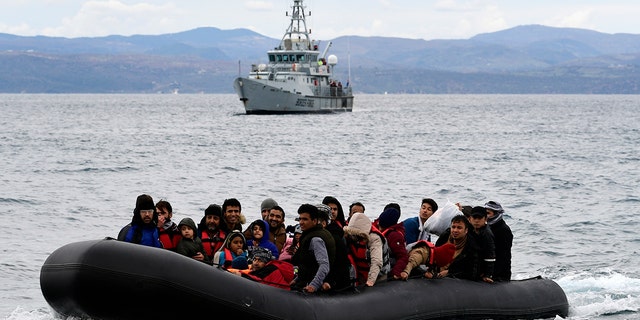 Migrants arrive with a dinghy accompanied by a Frontex vessel at the village of Skala Sikaminias, on the Greek island of Lesbos, after crossing the Aegean Sea from Turkey, on Feb. 28, 2020.
(AP Photo/Michael Varaklas, File)

Frontex supervises the 27-nation EU’s outside borders. The agency is under pressure over allegations that it was involved in the illegal pushbacks of migrants, notably in the Aegean Sea between Greece and Turkey. Its executive director resigned earlier this year after an anti-fraud office probe.

During a plenary session in Strasbourg, France, the lawmakers voted by 345 votes to 284, with 8 abstentions, not to sign off on Frontex’s 2020 accounts.

“With a budget of 900 million euros ($884 million) in 2022, Frontex is the most well-funded European agency. We can no longer tolerate public money being used to violate European legislation and international law,” Dutch Greens lawmaker Bas Eickhout said after the vote.

The move has no direct legal consequences, but it does oblige the EU’s institutions — notably the European Commission — to take measures to address the parliament’s concerns. In similar circumstances in 1999, the entire commission resigned amid corruption allegations. 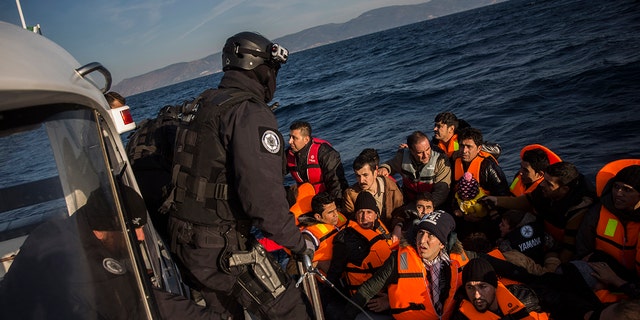 Members of the Frontex, European Border Protection Agency, from Portugal rescue 56 people, who were lost in an open sea as they try to approach on a dinghy the Greek island of Lesbos, on Dec. 8, 2015.
(AP Photo/Santi Palacios, File)

A report by the EU’s anti-fraud office, OLAF, examined Frontex activities in Greece from spring to autumn 2020 and found that the agency wasn’t investigating or handling evidence of migrant pushbacks correctly and at times was attempting to cover them up or not reporting them at all.

Pushbacks — the forcible return of people across an international border, on land or at sea, without an assessment of their rights to apply for asylum or other forms of protection — violate both international and EU law.

Greek authorities have long been accused by human rights lawyers, non-governmental organizations, media investigations and other entities of conducting violent and deadly pushbacks of migrants and refugees crossing its borders from Turkey.

Frontex has sought to put the allegations behind it. “The Agency takes the findings of investigations, audits and other forms of scrutiny seriously and uses them as opportunities to make changes for the better,” Frontex said Friday in a statement to The Associated Press.

Previous Registration error affects up to 6,000 Arizona voters
Next Pennsylvania Senate race: Oz closes to within margin of error against Fetterman in AARP poll