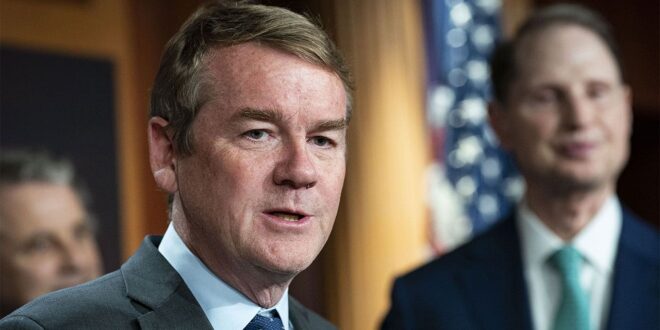 FIRST ON FOX: Colorado Democrat Senator Michael Bennet appeared to quietly delete an endorsement he received from a state senator who was indicted for allegedly voting from a false address.

Bennet used to display his endorsement from Democrat state Senator Pete Lee of Manitou Springs, who was indicted by a grand jury in August for allegedly registering to vote from his daughter’s condo several miles from his home so he could run for office.

Following the indictment, Bennet appears to have scrubbed the endorsement from his website.

The archived page of Bennet’s campaign website from June 29 shows the endorsement from Lee in between fellow state Senators Chris Kolker and Dominick Moreno.

The current page does not display Lee’s endorsement of Bennet for Senate.

Bennet’s campaign did not immediately respond to Fox News Digital’s questions over the endorsement no longer being displayed on his campaign website. 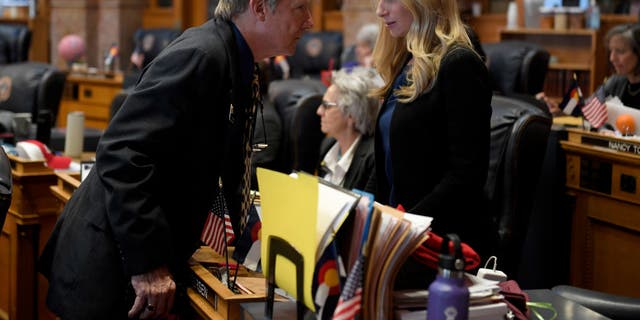 Senator Pete Lee, left, was indicted by a grand jury in August for allegedly falsifying the voting address he used to run for office.
(The Denver Post/Getty Images)

Lee’s indictment by a grand jury came after leaked audio of the senator was published by local press appearing to show him admitting to not living at the address where he is registered to vote.

The indictment gives Lee’s endorsement a tinge of political toxicity that could prove debilitating for his campaign, especially as Bennet’s challenger Republican candidate Joe O’Dea is gaining on the incumbent Democrat in the polls.

According to a Marist College Poll conducted Oct. 3-6 and released last week, Bennet tops O’Dea 49%-43%. Among independent voters, the incumbent Democrat holds a narrow 43%-40% edge over the GOP nominee, with 13% undecided.

O’Dea, a Denver area construction company owner and first-time candidate, is challenging Bennet, a former superintendent of the Denver Public Schools who has held the Senate seat in Colorado since 2009, in a race that became increasingly competitive over the summer and could become one of a handful that determines if Republicans win back the chamber’s majority in next month’s elections.

An average of all the latest public opinion surveys in the race compiled by Real Clear Politics puts Bennet up 7.7 points over O’Dea.