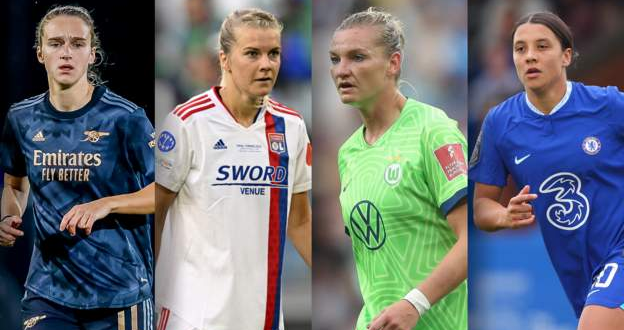 Women’s Champions League returns: What to look out for in 2022-23 group stages

It has been 16 seasons since Arsenal won the Women’s Champions League – the only time a British club have lifted the title. Could this the season when that barren run finally ends?

The group stages start this week with Chelsea and Arsenal flying the flag once again, after Manchester City, Swansea, Rangers, Glasgow and Glentoran all failed to make it through qualifying.

But the Women’s Super League sides will need to hit the ground running, with the toughest of tasks coming in their opening matches.

So can they challenge for the title this time around? Let’s take a look at who’s involved and what to watch for.

Both Chelsea and Arsenal have their work cut out if they are to make this the year for Champions League glory.

As Women’s Super League champions, Chelsea qualified automatically for the group stages while Arsenal progressed through the qualifying rounds, narrowly beating Ajax to secure their place in Group C.

Chelsea, who did not make it out of their group last season, will again face a tough challenge to reach the knockout phase, having been drawn alongside Paris St-Germain, Real Madrid and Albanian club Vllaznia in Group A.

PSG pushed eventual winners Lyon all the way in the semi-finals in April, while Real Madrid have knocked out Manchester City in the qualifying rounds in the past two seasons.

The Blues, who reached the final in 2021, will also be without their manager Emma Hayes for an unspecified time as she recovers from emergency surgery.

Meanwhile 2007 champions Arsenal, who lost in the quarter-finals to Wolfsburg last season, have the unenviable task of facing eight-time winners Lyon in Group C, as well as Serie A winners Juventus – quarter-finalists last time out – and Swiss outfit Zurich.

Although a tough ask, if the two London clubs can put on a strong showing in their respective groups, they may fancy their chances of going all the way. 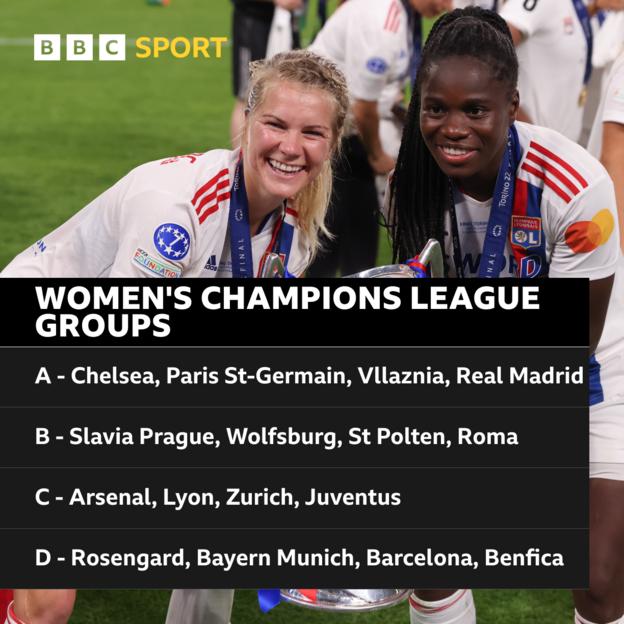 Who else could contend for title?

It’s difficult to look past eight-time winners Lyon, who claimed a thrilling 3-1 victory over favourites Barcelona in Turin in May.

The competition’s record scorer, Ada Hegerberg, returned from injury to play a crucial role in the French side’s run to the title last season and she will look to bounce back from her Euros disappointment with Norway – they went out at the group stage – to guide her side to a record-extending ninth title.

Of course, many English fans will have their eyes peeled for their European Championship-winning Lionesses, and two of them – former Manchester City players Lucy Bronze and Keira Walsh – have given themselves a great chance of silverware by joining 2021 champions Barcelona.

However, the Spanish champions, who have reached three finals in the past four years, are without Ballon d’Or winner Alexia Putellas, who is likely to miss the rest of the season as she recovers from knee surgery.

Bronze and Walsh will go toe-to-toe in Group D with their England team-mate Georgia Stanway, who joined Bayern Munich. The German side will look to build on their promising showing last season when they beat Lyon at home in the group stages and took PSG to extra-time in the quarter-finals.

German heavyweights Wolfsburg – two-time winners who have reached at least the quarter-finals in all 10 seasons since their debut – have arguably the easiest route to the knockout stages. They are in Group B with Czech side Slavia Prague, Austrians St Polten and debutants Roma.

Wolfsburg’s star striker, Alexandra Popp, will hope to continue her goalscoring exploits from Euro 2022, where she scored six goals for Germany in the tournament and only missed out on the Golden Boot to England and Arsenal forward Beth Mead on assists.

Two-time runners-up PSG sailed through the group stages last season, scoring 25 goals without reply in their six group wins. They have boosted their ranks with the signing of Dutch forward Lieke Martens from Barcelona over the summer, although French striker Marie-Antoinette Katoto remains out with a serious knee injury. 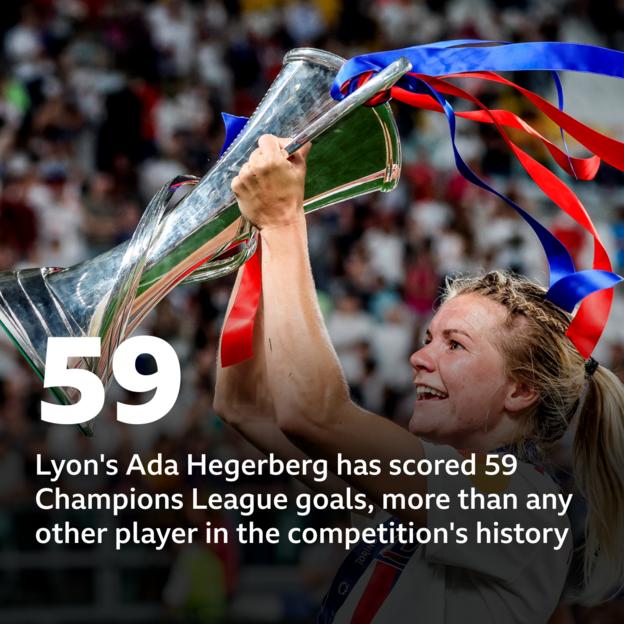 Alongside the stalwarts of Europe’s elite teams, the Champions League also welcomes some fresh teams to this year’s group stage.

Seven of the 16 teams present this time around were not in the group stage last season.

Albanian champions Vllaznia become the first club from their nation to reach the last 16 of any Uefa competition, men’s or women’s, since 1989-90, when KF Tirana were in the men’s European Cup.

Serie A runners-up Roma have reached the group stage for the first time ever as they attempt to join fellow Italian side Juventus in Europe’s elite.

Slavia Prague are the first Czech team to reach the new group stage – introduced last season in place of a last-16 knockout phase – after missing out to Arsenal in the qualifying rounds last season.

Meanwhile, St Polten made it to the last 16 two seasons ago, under the old competition format, and are competing as Austria’s first group representatives.

It is hoped that the record crowds seen at the Euros can continue to be emulated by staging Champions League games at clubs’ larger grounds used for the men’s teams.

Arsenal will play all of their home ties at Emirates Stadium, where they hosted a crowd of 47,367 at the recent north London derby against Tottenham, a record for a WSL match.

After attracting enormous crowds to the Nou Camp last season – drawing in more than 90,000 spectators for both their quarter-final against Real Madrid and semi-final against Wolfsburg – Barcelona will play their home group-stage matches against Rosengard and Bayern Munich at the 99,354-capacity ground.