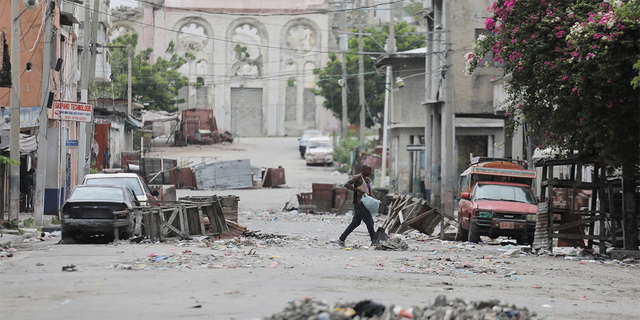 The United States and Mexico will introduce a resolution at the United Nations to deploy a “non-UN international security assistance mission” to Haiti to restore order on the island nation, which has been terrorized by roving gangs in the wake of former President Jovenel Moïse’s assassination last year.

Linda Thomas-Greenfield, the U.S. Ambassador to the UN, said at a security council meeting on Monday that the new proposal is “in direct response” to Henry’s request.

“It would facilitate international support to the Haitian National Police, as well as the Coast Guard,” Thomas-Greenfield said on Monday. “By helping improve the security situation on the ground, the delivery of desperately needed aid could reach those in need and address the ongoing cholera crisis.”

A man walks between road blocks set up by gangs after they waged intense gun battles, shuttering main avenues and a municipal market in the downtown area of the capital, in Port-au-Prince, Haiti July 27, 2022.
(REUTERS/Ralph Tedy Erol/File Photo)

About 200 gangs are currently active in Haiti. The U.S. has already supplied Haiti’s National Police with armored vehicles and other security equipment, and sanctioned Haitian officials suspected of being involved with gangs.

Another resolution that the US plans to introduce with Mexico would impose more sanctions on people responsible for gang violence, human rights abuses, and arms trafficking. 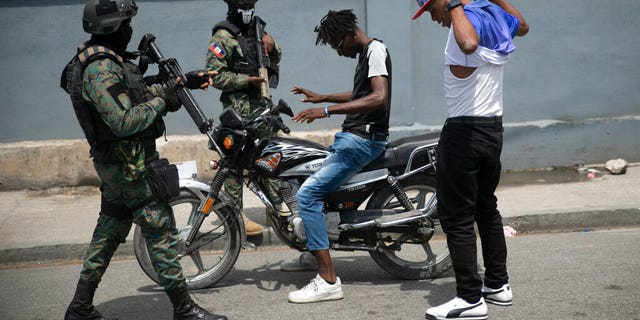 Armed forces check two men who were riding a motorcycle for weapons, at the area of ​​state offices of Port-au-Prince, Haiti, Monday, July 11, 2022.
(AP Photo/Odelyn Joseph)

Thomas-Greenfield specifically called out Jimmy Cherizier, a former police officer known as “Barbeque” who is the leader of the “G9 and Family” gang, which has blockaded Haiti’s main fuel port since last month.

“By passing this resolution, we would take concrete actions to hold him – and so many other violent criminals – to account,” Thomas-Greenfield said. 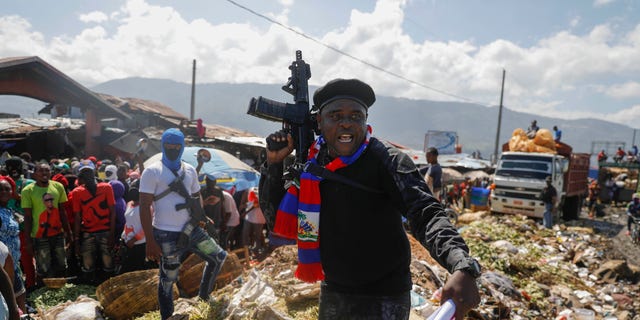 Barbecue, the leader of the “G9 and Family” gang, stands next to garbage in the La Saline neighborhood in Port-au-Prince, Haiti, Friday, Oct. 22, 2021.
(AP Photo/Odelyn Joseph, File)

A security mission to Haiti has some support from lawmakers in the U.S.

Sen. Bill Cassidy, R-La., told Fox News Digital last week that an “international force” may be necessary to restore order on the island and prevent a mass exodus that could see tens of thousands of migrants flowing into the U.S.

“First, you’ve got to create a security zone – period, end of story. Until there’s a security zone, nothing else works,” Sen. Cassidy said. “That’s really step one, and then after that, you work from there.”