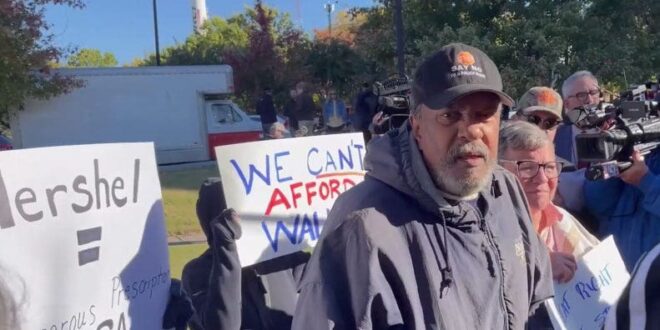 ATLANTA – FIRST ON FOX: A small group of protesters disrupted a press conference being held by Republican Georgia Senate candidate Herschel Walker on Tuesday, with one allegedly referring to him as a “house n—–.”

A number of witnesses at the event said they heard the racial slur, including a media photographer, a number of Walker campaign staff members and multiple bystanders.

“This is all a stunt. He’s nothing but a house n—–,” the protester, who identified himself as Maceo Fletcher, yelled at Walker following the press conference according to a photographer covering the event for Zuma Press who wished to remain anonymous.

Multiple Walker campaign staffers confronted Fletcher as he was speaking with reporters on camera following the incident, asking him to repeat the slur he called the candidate.

RAPHAEL WARNOCK IS ‘EITHER RUBBER STAMP FOR BIDEN OR HAS NO CLUE WHAT HE’S DOING’: HERSCHEL WALKER

Fletcher ignored them, as did many media members speaking with Fletcher, including CNN and CBS. Neither outlet asked about the slur despite the multiple witnesses who said they heard Fletcher.

Fox pressed Fletcher on what name he allegedly called Walker, but he repeatedly refused to respond to the questions.

The press conference was being held outside the Columbia Towers apartment building in Atlanta, which is mostly owned by the church led by pastor and Democratic Sen. Raphael Warnock, Walker’s opponent. 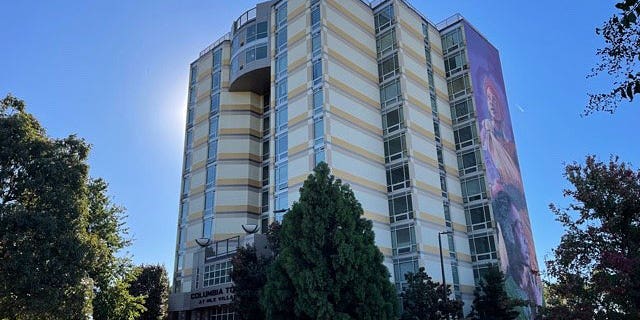 The Columbia MLK Towers apartments in Atlanta on October 18, 2022, the location of the reported evictions being carried out by Democratic Sen. Raphael Warnock’s church.
(Brandon Gillespie)

Warnock’s church, Ebenezer Baptist Church, has reportedly been evicting disadvantaged tenants for owing small amounts of rent while the church pays the senator a hefty monthly housing stipend worth $7,417.

According to documents obtained by the Washington Free Beacon, residents have received eviction notices for owing as little as $25.88 in past due rent.

Walker sought to highlight the reported evictions with the event, and blasted Warnock throughout his speech.

“Where in Matthew 25 does it say that you can evict people who are struggling?” Walker asked. 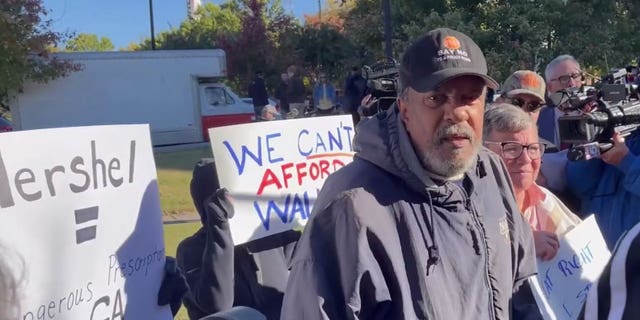 A small group of protesters crashed a press conference being held by Republican Georgia Senate candidate Herschel Walker on October 18 2022, with one reportedly calling him a ‘house n—–.”
(Brandon Gillespie)

After the incident, a spokesperson from Walker’s campaign told Fox that the protester who allegedly made the slur went by a different name and was a donor to Warnock. Fox has not yet been able to independently verify those claims.

Fox News’ Power Rankings has rated the race between Walker and Warnock as a toss-up.