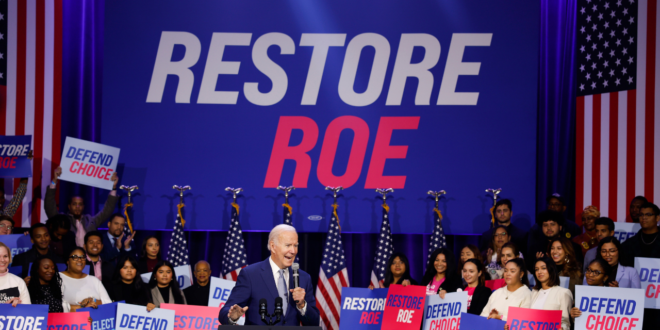 President Biden said during a Tuesday speech that the Constitution’s Ninth Amendment contains a “right to privacy.”

Biden made the comment during a speech at the “Restore Roe” rally sponsored by the Democratic National Committee in Washington, D.C.

“There’s a thing called the Ninth Amendment that says there’s a right to privacy. That’s how it was interpreted back then,” Biden said during his speech.

The Ninth Amendment of the U.S. Constitution states “the enumeration in the Constitution, of certain rights, shall not be construed to deny or disparage others retained by the people.”

U.S. President Joe Biden waves to the crowd as he departs from a Democratic National Committee event at the Howard Theatre on Oct. 18, 2022, in Washington, DC. With three weeks until election day, in his remarks Biden highlighted issues pertaining to women’s reproductive health and promised to codify access to abortion.
(Photo by Anna Moneymaker/Getty Images)

Biden made the same claim during a NATO press conference on June 30.

“I have written, way back, a number of law review articles about the Ninth Amendment and the – and the Fourteenth Amendment and why that privacy is considered as part of a constitutional guarantee,” Biden said during the June speech.

BIDEN VOWS TO CODIFY ABORTION RIGHTS IF DEMOCRATS MAINTAIN CONTROL: ‘WE CAN DO THIS’ 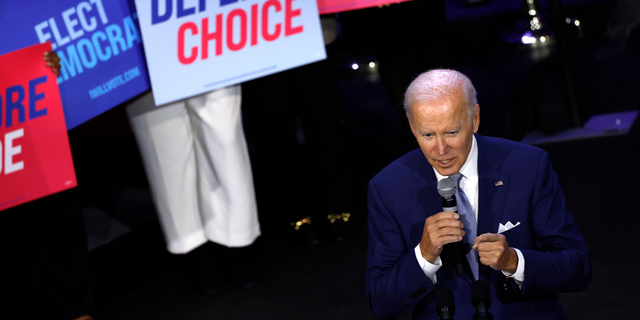 President Biden said during a Tuesday speech that the Constitution’s Ninth Amendment contains a “right to privacy.”
(Photo by Anna Moneymaker/Getty Images)

During Biden’s speech on Tuesday, he renewed his commitment to codifying Roe v. Wade into law in January if American voters choose to keep Democrats in the majority in Congress.

Biden also said that it’s “critical” for American voters to elect Democrats in the midterm elections because they would protect abortion rights. 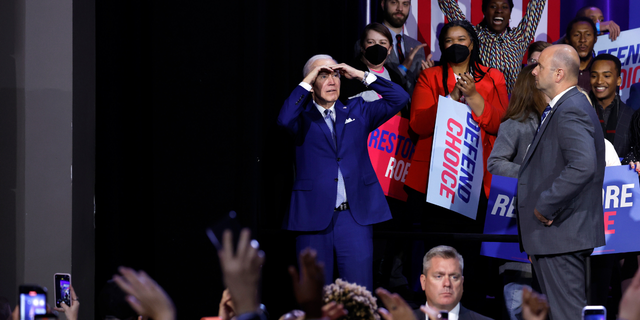 Biden made the comment during a speech at the “Restore Roe” rally sponsored by the Democratic National Committee in Washington, D.C.
(Photo by Anna Moneymaker/Getty Images)

“Folks, if we do that, here’s a promise I make to you and the American people. The first bill that I send to the Congress will be to codify Roe v. Wade and when Congress passes it, I’ll sign it in January,” Biden said. “If Republicans get their way with a national ban, it won’t matter where you live in America. So let me be very clear. If such a bill were to pass in the next several years, I’ll veto it,” Biden said.

Previous Three weeks out: Political insiders reveal what’s on the line in the top Senate races of the cycle
Next Brighton’s familiar problems resurface in front of goal in Forest stalemate