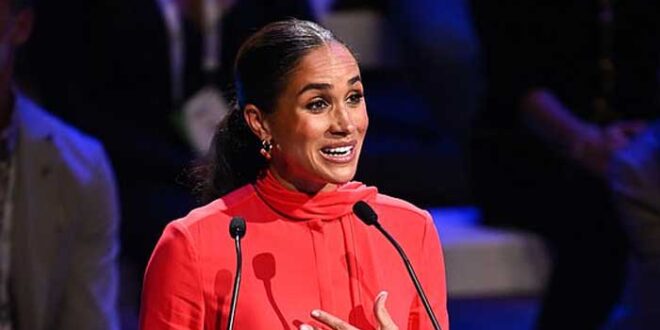 Meghan Markle has opened up on her childhood crush in the latest instalment of her podcast series Archetypes.

The sixth episode of Meghan’s audio show, released on Tuesday, was titled Breaking Down ‘The Bimbo’ with Paris Hilton. It also included discussions between the Duchess and comedian Iliza Shlesinger.

In chat with Shlesinger, the Duchess of Sussex recalled holding on to the fact that she was “the smart one” in school rather than the pretty one, adding she had a crush on a boy who never seemed to care much about her.

Meghan revealed: “I had a crush on this boy named Chris – I wonder what he is doing these days…”

Harry’s wife was interrupted by the comedian, who joked: “Yeah you hear that Chris? Now what. I am sipping on iced coffee in an underground studio with a Duchess, where are you?”

The Duchess then continued recounting her memory from childhood, saying: “I couldn’t get Chris to look in my direction. But those are the things that sort of inform how you go ‘If I could be prettier’ or ‘If I could be funnier’ but again that is that angling as a woman in trying to be something desirable.”

Previous ‘Planet Sex’ made her realize she was a ‘prude’
Next Protester allegedly attacks Herschel Walker with racial slur, crash press conference on Warnock evictions