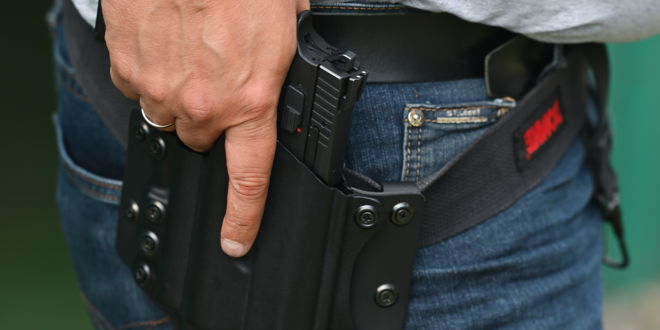 This is the second part of a Fox News Digital series on the Arabella Advisors-managed dark money network and its operations. Part one.

Project Unloaded, an anti-gun group, hopes to create a “new cultural narrative that guns make us less safe” by undertaking campaigns targeting teens and young adults, according to its website.

“Research shows that teens and young adults are forming opinions and making decisions about guns, Project Unloaded’s website states. “Through creative and cultural campaigns, Project Unloaded establishes safe spaces for open conversations about guns and provides accurate information about gun safety to inspire the next generation to choose on their own terms not to own a gun.”

Project Unloaded is not a standalone organization. Instead, it is a project of the New Venture Fund, a nonprofit incubator that acts as a fiscal sponsor to dozens of left-wing groups. Fiscal sponsorship involves a nonprofit providing its tax-exempt status to other groups, meaning they do not have to register with the Internal Revenue Service.

The New Venture Fund is one of four nonprofits managed by the Washington, D.C.-based Arabella Advisors consulting firm that recently expanded its operations. Arabella also manages the Sixteen Thirty, Windward and Hopewell funds, which contain progressive groups below them. The four Arabella-controlled nonprofits raised $1.6 billion in 2020, positioning themselves as the country’s most extensive dark money network.

The New Venture Fund does not identify Project Unloaded as a fiscally sponsored project in its business filings. The group, however, is identified as such in grants from liberal organizations.

The MacArthur Foundation awarded the group $50,000 this year, according to grants posted on its website, which shows its connection to the dark money network.

“Project Unloaded, fiscally sponsored by the New Venture Fund, is a new effort whose mission is to create a new cultural narrative that guns make the country less safe,” the grant reads. “It approaches gun safety through narrative and culture change, with young people as the agents of that change.”

“With a focus on teens and young adults, Project Unloaded communicates engaging, accessible information about the risks around gun use, via digital media platforms and peer influencers,” it continues. “Its goals are to permeate culture with the central message that guns make us less safe; shift individual knowledge, attitudes and behaviors during the formative teen years; and build a community of like-minded peers to amplify this message.” 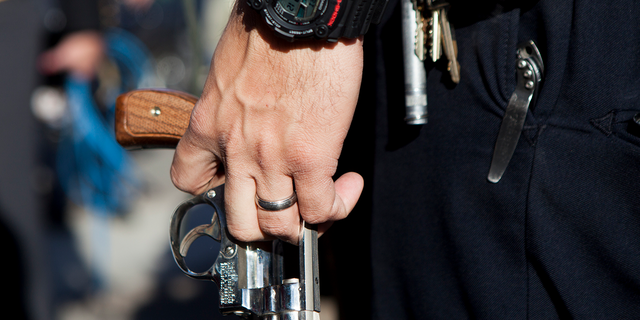 The MacArthur Foundation’s cash went towards a survey of young people, ages 13 to 25, “to collect data about their beliefs, experiences and perceptions toward guns.”

Fox News Digital also identified the Joyce Foundation as a significant funder of Project Unloaded. Last December, the Chicago-based nonprofit that backs gun control advocacy pushed $500,000 to the group, according to its posted grants.

“Through creative and cultural campaigns, Project Unloaded provides accurate information about gun violence to inspire the next generation to choose on their own terms not to use guns,” a spokesperson for the group told Fox News Digital. “Gun violence is the number one killer of children and teens in the U.S. At Project Unloaded, our mission is to save lives by shifting America’s gun culture to be based on the facts, which are clear that guns make us less safe.” 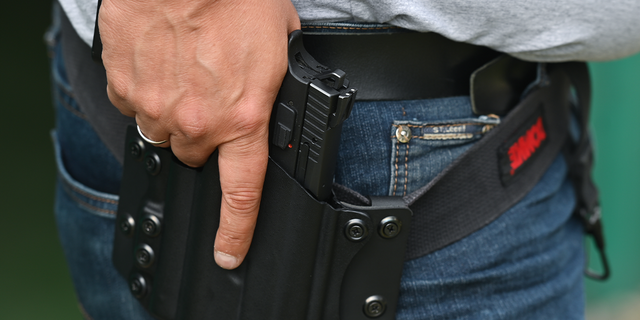 Project Unloaded targets people aged 13 to 25 in hopes of shaping their views away from gun ownership.
(Artur Widak/NurPhoto via Getty Images)

So far this year, Project Unloaded has launched the “Safer Not Using Guns” campaign, which recruited at least seven young social media influencers with large followings, according to online videos. Each influencer recorded a video promoting the campaign, claiming the movement does not take sides in the gun debate.

Project Unloaded has also recently appeared in online outlets. In late September, The Trace reported on a Project Unloaded survey among young people, which seems to be the survey financed by the MacArthur Foundation.

The group polled 1,000 people aged 13 to 25 nationwide and found that young people fear gun violence but also think guns keep them safe. “But when presented with facts that show that having a gun actually increases the risk of death or injury, young people shifted their opinion by an average of 17 percentage points,” The Trace wrote.

Vinik told the publication the data tells them “there is a lot of opportunity to reach young people and to communicate with them about gun violence in a way that is frankly different from what they are currently hearing.”

Joe Schoffstall is a politics producer/reporter for Fox News Digital. Story tips can be sent to [email protected] and on Twitter: @joeschoffstall