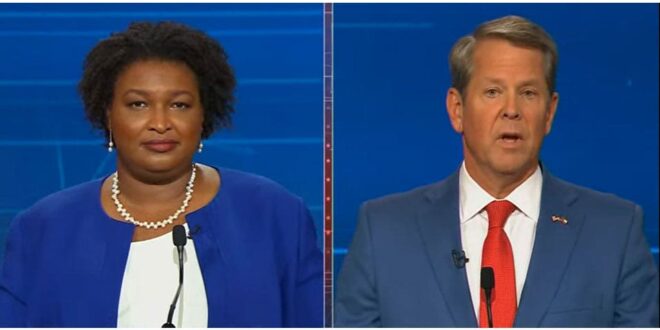 Stacey Abrams and Gov. Brian Kemp clashed in a fiery debate Monday night that centered on support for law enforcement, the Second Amendment, and claims of voter suppression that incited a number of back-and-forths between the two.

The debate was hosted in Atlanta by the Atlanta Press Club and was the first face off between the two candidates since they first ran against each other in 2018. Also included was Libertarian candidate Shane Hazel.

Abrams was asked early on in the debate about her refusal to concede to Kemp in the 2018 election, which showed she lost by less than 60,000 votes, and if she would accept the results of this election. Abrams responded that she “acknowledged” Kemp won the election in 2018, but pointed to a number of instances she claimed voters in Georgia were denied the right to vote that year.

“As governor, I intend to stand up for the right to vote. I will always acknowledge the outcome of elections, but I will never deny access to every voter because that is the responsibility of every American, to defend the right to vote,” Abrams added while suggesting Kemp was engaging in voter suppression through Georgia’s voting laws.

When given an opportunity to rebut Abrams’ answer, Kemp argued Abrams was going to attack his record “because she doesn’t want to talk about her own record.”

“In 2018 in the governors race we had the largest African American turnout in the country,” he said, before referencing the election bill he signed into law last year that Abrams dubbed “Jim Crow 2.0.”

“Just this past May, in our primaries, we again had record turnout in the Republican primary and the Democratic primary. In Georgia, it’s easy to vote and hard to cheat,” he added.

Abrams pushed back on his response, stating that “voter suppression” was “the hallmark of Brian Kemp’s leadership.”

WAS STACEY ABRAMS’ 2018 ELECTION STOLEN? VOTERS IN GEORGIA REFUSE TO GIVE UP ON DEBUNKED CLAIM

During a part of the debate that allowed candidates to ask each other questions, Kemp noted how many sheriffs across the state had endorsed his campaign and asked Abrams how many had endorsed her.

Abrams argued Kemp was attempting “to continue the lie” that she was not a supporter of law enforcement, and went on to tout work she had done with police as an Atlanta city employee.

“Ms. Abrams refused to answer the question, so I’ll let you know that the answer is zero,” Kemp responded, going on to describe organizations she was tied to that he said supported the “Defund the Police” movement.

Abrams accused Kemp of lying and stated again that she did have support from law enforcement. 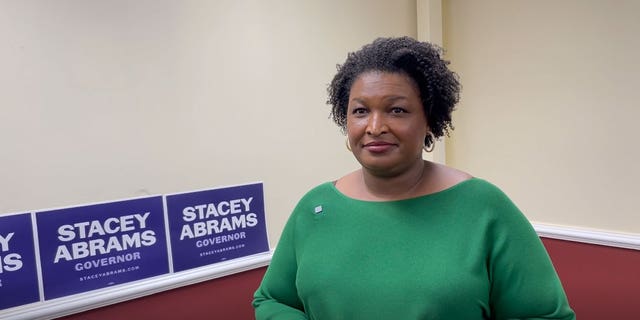 Later in the debate, Abrams blasted Kemp for “weakening” Georgia’s gun laws and “flooding” the streets with more firearms that she said was contributing to the increase in gun crimes across the state.

Kemp insisted that he was going after the perpetrators of gun crimes, and that his public safety plan included stiffer penalties for members of gangs who were recruiting young kids to join.

Abrams argued that street gangs weren’t the ones who purchased a firearm and killed a number of Asian women in three Atlanta-area spas in 2021, referencing the tragic shooting by alleged perpetrator Robert Aaron Long that year that resulted in the deaths of eight people.

She stated that she was the only candidate in the race calling for grants to fund the recruitment of more police officers to combat the rise in crime.

When criticized by Hazel for wanting to tighten gun laws, Abrams said, “I believe we can protect the Second Amendment and second-graders at the exact same time.”

She then reiterated her calls to enhance the background check process for firearm purchases with a quote from former President Ronald Reagan. “Trust but verify,” she said.

Kemp pushed back, pointing to federal background checks already in place for the purchasing of firearms, but Abrams argued that wasn’t true for private gun sales. 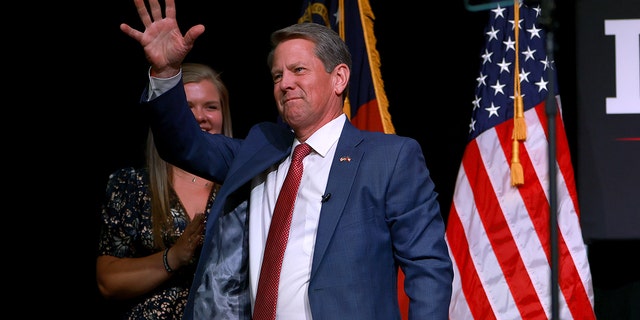