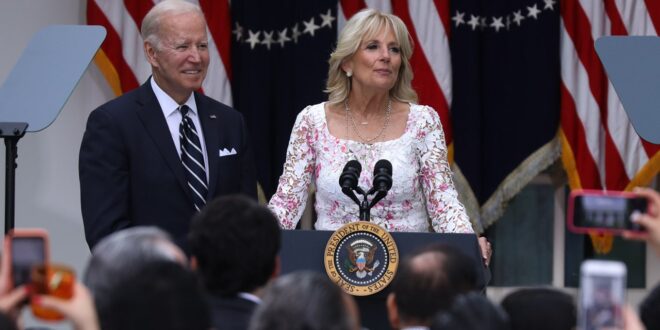 Democrats across the country want a Biden on the campaign trail, but it isn’t the president, a new report says.

First Lady Jill Biden is the most requested surrogate for President Biden’s administration in the final weeks before the midterm elections, according to The New York Times. The president’s approval rating slipped below 40% this week, raising questions about how effective he could be on the campaign trail.

“She does not offend people in a way that a president can because she’s much less polarizing and political,” Michael LaRosa, a communications strategist and her former press secretary, told NYT. “It’s why she was sent all over rural Iowa and New Hampshire during the campaign and why she can go places now that the president can’t.”

Biden participated in 11 campaign events in multiple states over the weekend, including stumping for Democratic gubernatorial candidate Stacey Abrams in Georgia. 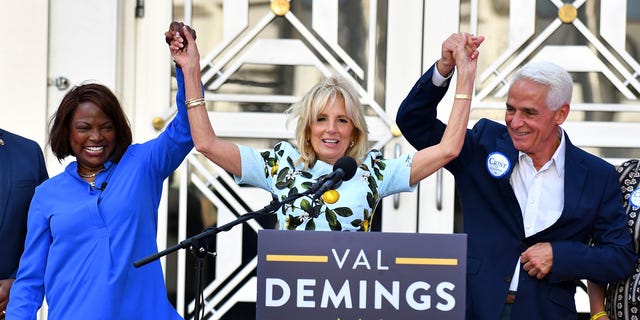 White House Press Secretary Karine Jean-Pierre played defense for Biden’s slim campaigning calendar on Monday. Reporters pressed her on whether candidates in swing states like Pennsylvania, Michigan, Ohio, had requested an appearance from the president.

“[Biden] has plans to be in Pennsylvania and Florida, but behind closed doors with two of the Democratic candidates,” one reporter began. “There’s a White House office of political affairs. Have they been getting phone calls from candidates in some of those other states — Arizona, Nevada, Georgia, Wisconsin, Michigan – to say, we’d love to have the president come?” 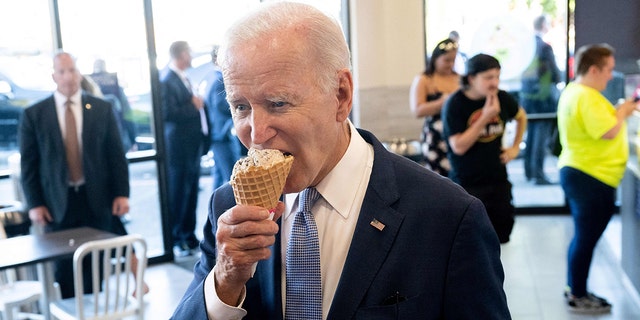 She went on to cite Biden’s trip along the West coast last week, in which Biden campaigned for Democratic gubernatorial candidate Tina Kotec in Oregon.

While Kotec’s race against Republican Christine Drazan is close, Oregon is a historically deep blue state, and Drazan’s slight lead is due largely to former Democrat Betsy Johnson entering the race as an Independent and serving as a spoiler.

While Democrats in swing states have not criticized Biden outright, they are hesitant to ask for his assistance. Asked whether she would like Biden to campaign for her in New Hampshire last month, Democratic Sen. Maggie Hassan told Fox News that “my job is to be an independent voice for New Hampshire. That’s the role I’ve always worked to play and be for Granite Staters.”