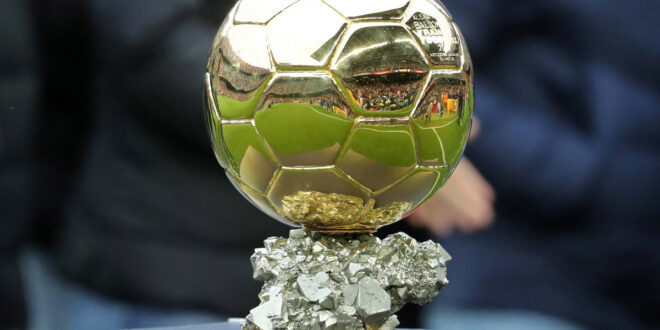 As had widely been expected, Karim Benzema is now a Ballon d’Or winner.

The Real Madrid striker, who led his team to La Liga and Champions League titles and scored a career-high 44 goals in 46 games across all competitions last season, was crowned by France Football on Monday, becoming the fifth Frenchman to win the award given to the world’s best player (Raymond Kopa, Michel Platini, Jean-Pierre Papin, Zinedine Zidane). On the women’s side, Barcelona’s Alexia Putellas became a back-to-back winner despite the club’s defeat at the hands of Lyon in the Women’s Champions League final. She scored 42 goals and added 22 assists in another dominant campaign before tearing her ACL on the eve of the Women’s European Championship this past summer.

Earlier this year, France Football announced major changes to the Ballon d’Or voting criteria. The magazine confirmed that voting would be based first on individual performance, followed by team performance and fair play, while a player’s reputation and performance from past years would not influence voting.

It also announced that voting would take the seasonal calendar (roughly July to July) into account rather than the calendar year. Changes also restricted voting to journalists from the first 100 nations in the FIFA world rankings for the men’s award and the first 50 in the rankings for the women.

Lionel Messi, the seven-time winner and previous victor, was left out of the running for the first time since 2005, failing to make France Football’s 30-man shortlist. Cristiano Ronaldo, meanwhile, finished 20th, his lowest result in the voting. Sadio Mané, Kevin De Bruyne, Robert Lewandowski and Mohamed Salah rounded out the top five behind Benzema.

Meanwhile, the U.S. women’s national team had three nominees for the Ballon d’Or Féminin: Alex Morgan, Catarina Macario and Trinity Rodman, with the latter, the 20-year-old Washington Spirit star, expressing her disbelief at being included.

Morgan, NWSL’s reigning Golden Boot winner, was not present, having delivered the San Diego Wave a playoff victory hours earlier with an extra-time goal and booking a semifinal trip to Portland. (Rodman was 18th, Morgan 13th, Macario ninth in the voting).

In addition to Alexia’s award, Barcelona also went back-to-back with the Kopa Trophy, given to the world’s best young men’s player. After Pedri won in 2021, the honors went to Gavi in 2022. Rival Real Madrid fielded the Yashin Award for best goalkeeper, with Thibaut Courtois claiming that honor.

As for the men’s Ballon d’Or voting, here was the full top 30:

Previous Women’s Champions League returns: What to look out for in 2022-23 group stages
Next Inside ‘bonkers’ world of high-school hockey