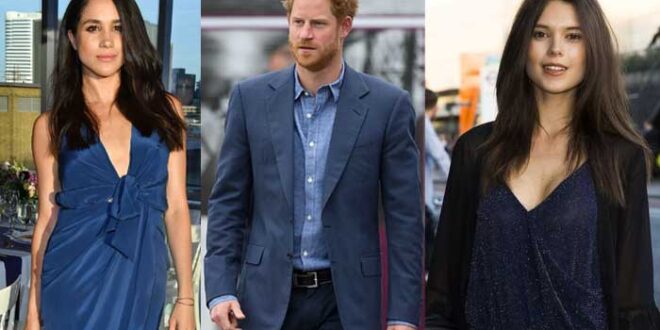 Prince Harry allegedly had an affair with model Sarah Ann Macklin when he began dating his wife, Meghan Markle, according to a report.

Royal author Angela Levin, who wrote Prince Harry’s biography, reportedly claimed that “during the very early stages of his relationship with Meghan, Harry was thought to have gone on dates with Burberry model Sarah Ann Macklin.”

According to some, Prince Harry seemingly cheated on Meghan as he allegedly dated the model while having affair with the former Suits star. It’s also being claimed that Meghan was aware of Harry’s ‘short-term’ relationship with Ann.

Sarah Ann Macklin is a model and a nutritionist. She is also an influencer, sharing tips for a healthy lifestyle on social media.

Prince Harry and Meghan have two kids and live in the United States, while she continues her career as fashionista and dietitian. She supporting people to improve their health by providing expert nutrition and dietary advice.

Harry and Sarah Ann reportedly met at a private party, exchanged a few text messages, and went on a few dates in 2016, but don’t get it twisted as Levin explained: “These two weren’t super serious or even necessarily exclusive, it turned out to be just a fling.”

However, Meghan and Harry seem as strong as ever, and they are enjoying life against all the odds.