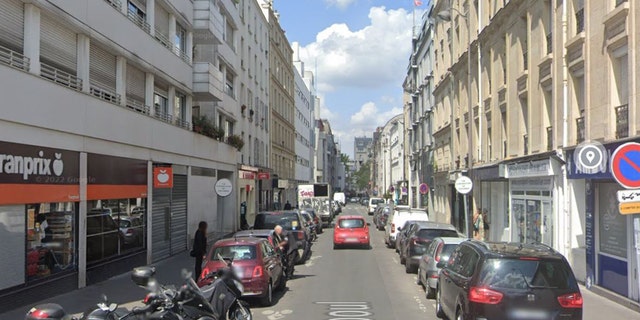 The body of a missing 12-year-old girl was discovered inside a suitcase in Paris on Friday with her throat cut and numbers placed on her corpse, according to a report.

The girl’s parents reported her missing to police Friday evening after she never returned home from school in the French capital, according to French news outlet BFMTV.

Investigators searched the basement of the building where the family lived and discovered evidence of kidnapping, according to the report.

The body of a 12-year-old girl was discovered inside a suitcase along rue d’Hautpoul in Paris on Friday.
(Google Maps)

Around 11:30 p.m., a man called police to report a suitcase in rue d’Hautpoul, a few streets away from the family’s residence. The suitcase contained the body of the girl, who is believed to have died from asphyxiation.

The outlet reported that the girl had cut wounds to her throat, and she was bound with tape.

The numbers “1” and “0” were reportedly found on her body. The numbers, according to reports, were “placed” on the corpse with a “device.”

An autopsy was due to be performed to determine the cause of death.

Police have taken at least four people into custody in connection with the case, the report said.

The prosecutor’s office in Paris is continuing to investigate what it labeled as the “murder of a minor under 15.”