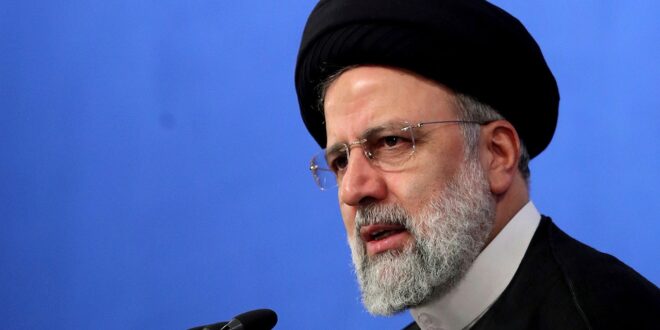 Biden addressed the month-long unrest in Iran on Friday, saying he was “stunned” at how aggressively the Iranian people have risen up against the country’s Islamist regime. Iranian foreign affairs spokesman Nasser Kanani condemned Biden’s statement as “interference” on Sunday.

“Iran is too strong for its will to be swayed by the interference … by a politician tired of years of failure,” Kanani wrote on social media. “We will together defend the independence of Iran.”

Biden’s comments on Iran’s protest came during an appearance at a college in Irvine, California.

In this Wednesday, Sept. 21, 2022, photo taken by an individual not employed by the Associated Press and obtained by the AP outside Iran, protesters make fire and block the street during a protest over the death of a woman who was detained by the morality police, in downtown Tehran, Iran.
((AP Photo, File)) 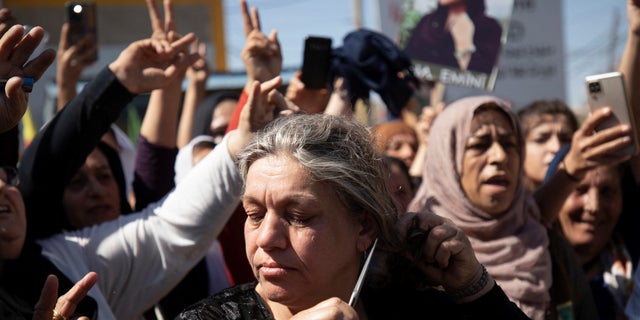 A woman cuts her hair during a protest over the death of 22-year-old Kurdish woman Mahsa Amini in Iran, in the Kurdish-controlled city of Qamishli, northeastern Syria September 26, 2022.
(Reuters/Orhan Qereman   )

“I want you to know that we stand with the citizens, the brave women of Iran,” he told a group of demonstrators holding signs about the issue. “It stunned me what it awakened in Iran. It awakened something that I don’t think will be quieted for a long, long time.”

Protests first erupted in the country after the police killing of 22-year-old Mahsa Amini, who was arrested for incorrectly wearing a hijab. The Morality Police released her in a coma with severe injuries, claiming she had fallen down while in custody. She died in the hospital days later on Sept. 16. 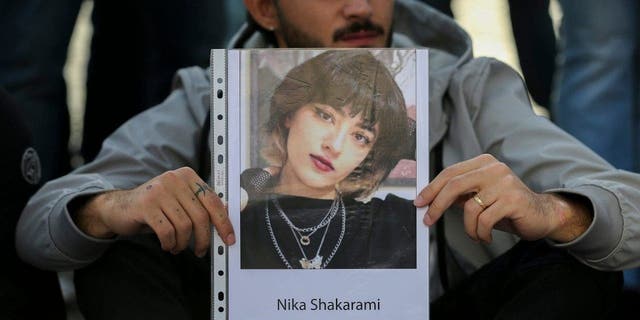 Also a source of outrage is the alleged killing of 17-year-old Nika Shakamari. Iranian police followed her away from a protest where she set fire to her hijab. She was then killed, and authorities claim she fell off of a roof. Family members say her injuries were not consistent with that story, however.

Iranian authorities sought to conceal news of Shakamari’s death for nine days. Police ultimately removed her body from a morgue and buried in a rural area against her family’s wishes.

Watchdog groups say hundreds of people have been killed in the protests, including some regime enforcers. Iranian authorities have cut off internet access for much of the country, however, making it difficult to verify casualty numbers.

Previous 2024 Watch: Christie argues GOP is not dominated by Trump but rather by ‘conservative principles’
Next Missing Paris girl, 12, found dead in suitcase; numbers ‘placed’ on body with ‘device’: report