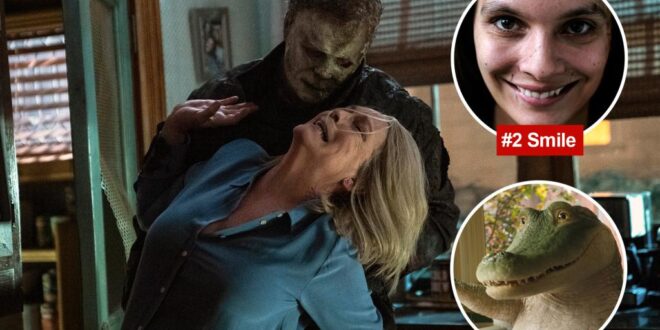 “Halloween Ends” is only just beginning.

The slasher film cut its way to first place at the box office on Friday, earning more than $20 million in theaters.

The sequel to last year’s “Halloween Kills” is predicted to take in $43.4 million on its opening weekend, according to Variety.

“Smile” was bumped from the top spot this week, moving down a notch to second, after spending two weeks at number one.

The flick surpassed earnings of $100 million at the global box office in less than two weeks, as per Collider.

The live-action/CGI musical comedy “Lyle, Lyle, Crocodile” swam down to third place, clawing in $2 million. The movie adaption of the popular children’s book series enjoyed a $11.5 million domestic debut on its opening weekend, according to Deadline.

“The Woman King” held up her crown, remaining in fourth, with a $1 million-dollar take. Following in fifth was “Amsterdam,” which took home $888,000.