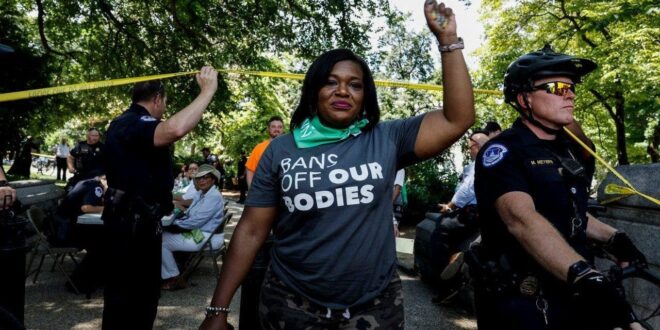 FIRST ON FOX: Rep. Cori Bush, D-Mo., has spent nearly $500,000 in campaign funds on private security services despite her recent doubling down on her support for defunding the police, federal filings show.

Bush’s campaign paid out over $100,000 for “security services” throughout the third quarter of 2022, according to Federal Election Commission records. Her campaign paid $71,201.06 to Peace Security, a St. Louis-based private security company. Most of the remaining $30,000 for “security services” went to Cortney Merrits and Nathaniel Davis, whose reported address in the filings is the same as Bush’s campaign headquarters.

Bush has now directed over $490,000 into private security for the 2022 election cycle as she remains one of the last Democrats to openly call for the defunding of the police.

During a “Good Morning America” interview earlier this month, Bush balked at claims that her support for defunding the police could hurt progressives ahead of the November midterms. She argued that critics of the defund-the-police movement “spend more time focusing on the word ‘defund’ than they spend on caring and addressing the problem of police violence.”

Rep. Cori Bush’s campaign has paid nearly $500,000 for private security during the 2022 election cycle, despite repeatedly calling for defunding the police. Bush defended her rhetoric on defunding the police as recently as this month.
(Photo by Anna Moneymaker/Getty Images)

CORI BUSH NEARS $400,000 IN CAMPAIGN CASH TO PRIVATE SECURITY WHILE REFUSING TO REIN IN CALLS TO DEFUND POLICE

“The thing about defund the police is we have to tell the entire narrative,” she said. “People hear ‘defund the police.’ But you know what they’ll say? Say ‘reallocate,’ say ‘divest,’ say ‘move.’ But it’s still the same thing.”

“We can’t get caught up on the words,” she added. “People spend more time focusing on the word ‘defund’ than they spend on caring and addressing the problem of police in this country.”

During an appearance this month on CNN, Bush insisted “there is no data that actually shows that saying ‘defund the police’ cost actual elections.”

“If you could do it again, would you still double down or use that slogan, ‘defund the police’?” CNN’s Don Lemon asked the Democrat. 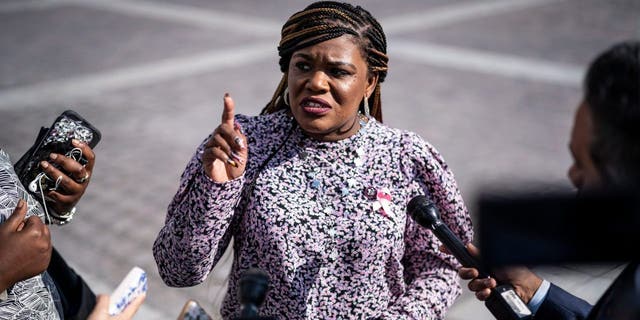 Fox News Digital first reported on Bush’s security payments in July 2021, which prompted CBS News’ questions about the cash and whether it was hypocritical to hire security while pushing to strip law enforcement of their budgets.

CORI BUSH DEFENDS CALLING TO DEFUND THE POLICE WHILE HAVING PRIVATE SECURITY: ‘YOU WOULD RATHER I DIE?’

Bush said she would ensure that she has security, because she has had attempts on her life and has “too much work to do.”

“So suck it up, and defunding the police has to happen,” she added. 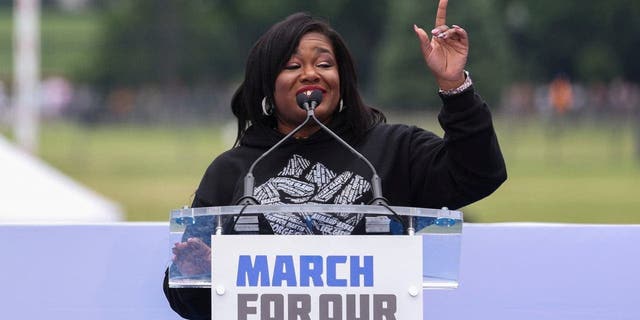 U.S. Rep. Cori Bush (D-MO) speaks during a March for Our Lives rally against gun violence on the National Mall June 11, 2022, in Washington, D.C.
(Photo by Tasos Katopodis/Getty Images)

The discovery led to the termination of Jackson and Thompson, who had failed to get approval for the side gig, St. Louis Sheriff Vernon Betts said at the time.

Bush’s and Omar’s campaigns did not immediately respond to a Fox News Digital inquiry on Sunday.