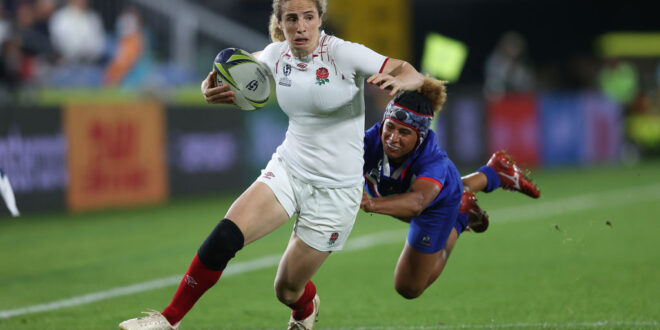 Bill Sweeney on the future of women’s rugby

Bill Sweeney on the future of women’s rugby

Bill Sweeney has insisted the RFU will not take its “foot off the gas” when it comes to supporting women’s rugby.

The RFU has set the bar for investment in its women’s programmes and the benefits of that investment are evident in England’s record 27-Test winning run and top spot in the world rankings.

The Red Roses are favourites to lift the Rugby World Cup trophy next month as the rest of the world plays catch-up, with other unions picking RFU chief executive Sweeney’s brain on how England have structured things and the financial commitment. And he recognises the need to continue to improve standards on and off the pitch, particularly with a home World Cup only three years away.

“We wouldn’t relax now,” said Sweeney, speaking exclusively at the World Cup in New Zealand. “Unions catch up fairly quickly. You’ll see what New Zealand is doing now with Wayne Smith and they’re bringing in all sorts of additional resources to their women’s programme.

“If you establish the lead, you’re more vulnerable. It’s one thing to get to a position of world No 1, it’s harder to actually maintain that long term so in order to do that, we’re going to have to maintain the impetus and support. There’s real commitment inside the RFU, so we’re not going to take our foot off the gas.

Of course, England will host the next women’s World Cup in 2025 and Sweeney hopes that individual matches will be played at venues rather than the triple headers that have been staged during the pool stages in New Zealand. And he wants to see stadiums used across the country.

“We’ve got to have good representation in the north. I’d like to see Newcastle have it. There’s a challenge there because of AGP (artificial grass) and whether we can do that. Doncaster is a good ground, then you’ve got your usual suspects down in the West Country and the south.”