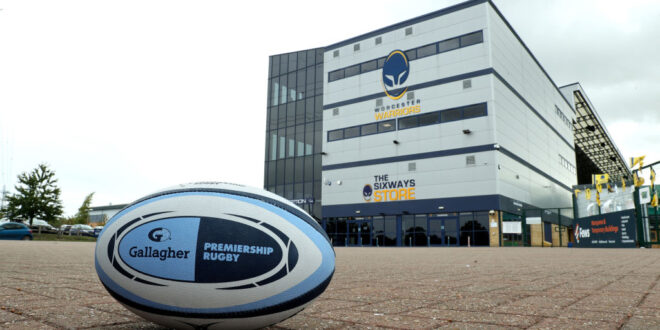 Financial transparency, governance reform, player welfare – Bill Sweeney says that all of these issues are being addressed as English rugby tries to get to grips with its current crisis.

The RFU chief executive was speaking exclusively at the women’s Rugby World Cup in New Zealand about the upheaval that has plunged the English club game into disarray and raised serious concerns about the future of the sport.

Worcester and Wasps have both been suspended from the Gallagher Premiership in recent weeks, with the Warriors already in administration and Wasps soon to be. So how can rugby ensure it has a sustainable future?

Sweeney believes now is the time to address the problems that have existed in the game since it turned professional in the mid-Nineties and also points to learning lessons from the French system, where clubs have to prove they can meet rigorous criteria before they can compete in a Top 14 or ProD2 season.

“We’ve been working closely with PRL (Premiership Rugby Limited) on this, but the number one issues are governance reform, financial transparency (and) regulatory change to make sure we’ve got a sustainable structure in place,” said Sweeney.

“We look at the French model a lot. They’ve got a thing called DNACG (Direction Nationale d’Aide et de Controle de Gestio). It’s like an independent audit group; they’re at arm’s length from the FFR and LNR. But they have really interesting criteria in place, in terms of ‘you’ve got to fulfil this and have got to prove it at the start of the season to get a licence to play.’

“I see this as a really critical point for the game to correct a lot of things that have been wrong for a long time. We’ve been saying for a while that none of us like this system, but now you’ve got the right people around the table, you’ve got a core group of owners who I would say are quite supportive of change as well, so all the conditions are in place to actually do that.”

So what is the best structure for the English game going forward? Sweeney mentions better integration between the top two tiers, the Premiership and the Championship, and admits that reducing the top flight to ten teams is a possibility.

“We’ve been saying less is more for a long time. They (the clubs) didn’t like that approach a couple of years ago, mainly around the loss of match-day revenue. But I think now, with player welfare challenges on the number of matches you can play, a tighter, more condensed league makes more sense.”

Sweeney says the same is true of the Allianz Premier 15s. For all the positives in the women’s game right now, he is keen to keep the top English league at ten teams as it heads into a new cycle next year.

The RFU unveiled its ten-year plan for the league earlier in the summer, which involved £222m of investment and a goal to be professional in a decade, but the key is making sure that growth is sustainable – and that involves learning from the current issues in the men’s game.

“All the financial modelling has been done around ten teams or less,” said Sweeney of the Premier 15s. “I’d be keen to keep it like that. The temptation to say there’s 15 teams who want to come in, then we just expand it.

“If we’re looking at that, then I’d rather look at having competitiveness in the second tier. But I’d rather keep that first level quite condensed. It helps in terms of England selection because you get more cohesion, you’re not selecting across a wider group.

“We’ve kicked off understanding the weaknesses and the faultlines in the men’s system, and we’ve taken a really careful and pragmatic approach to how you slowly and carefully build the women’s game and you make sure that sustainability is a critical part of that. You don’t want to see clubs going out of business. It’s terribly disruptive and it’s bad for the game.”