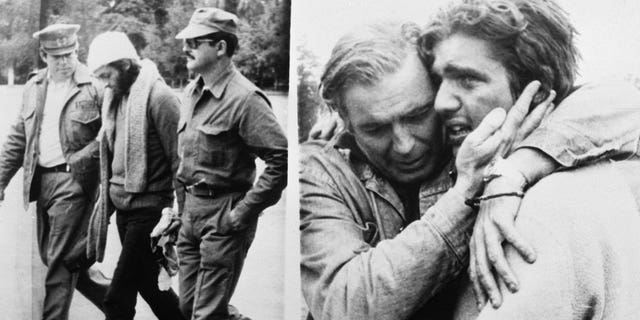 All 16 survivors of the 1972 Andes plane crash have reunited for the 50th anniversary, according to a report.

Uruguayan Flight 571 was set to take a team of amateur rugby players and their supporters to Chile. Instead, it crashed and stranded survivors for 72 days in the cordillera, forcing them to eat human flesh to stay alive.

“Of course, the idea of eating human flesh was terrible, repugnant,” Ramon Sabella, 70, told The Sunday Times in London. “It was hard to put in your mouth. But we got used to it.”

Sabella recalled the choice survivors made when Roberto Canessa, a medical student, suggested they eat the bodies of the deceased in order for the rest of them to survive, The Daily Mail reported.

Chilean Army officers escort Uruguayan rugby player Fernando Parrado (center, left photo) following his arrival after he and fellow survivor hiked from the crash site in the snow covered Andes mountains.  At right, crash survivor Carlos Paez is joyfully reunited with his father after being flown by a rescue helicopter from the crash site.  (Photo by Bettmann Archive/Getty Images)
(Photo by Bettmann Archive/Getty Images)

“(Carlos) Paez said there was no other option for the young survivors, noting for the morbidly curious that human meat ‘doesn’t taste of anything, really.'” the report states.

Paez added it was the survivors’ duty to travel the world and share their story. 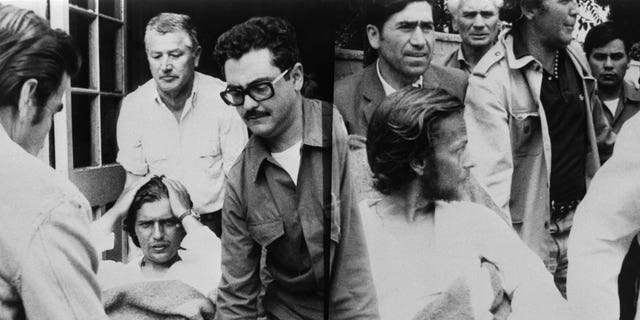 Doctors and nurses carry two plane crash survivors to the infirmary at Colchague Regiment following their rescue.  Two men hiked for ten days out of the Andean wilderness to alert authorities that 14 of their fellow passengers were still alive and living in the snow covered wreckage of the plane that crashed in the mountains ten weeks ago.  A helicopter was dispatched to the scene and rescued six of the survivors before bad weather prevented a return flight.  (Photo by Bettmann Archive/Getty Images)
(Photo by Bettmann Archive/Getty Images)

Forty-five passengers were on the ill-fated plane on Oct. 13, 1972. Authorities said during the flight, the pilot veered off course in a dense fog before crashing into the snowy Andes mountains.

Twelve passengers were killed in the crash. Seventeen others died from injuries and suffocation from an avalanche that occurred days later.

Desperate after more than two months in the frigid peaks, Canessa and Fernando Parrado left the crash site to seek help. It was the group’s last attempt at survival. 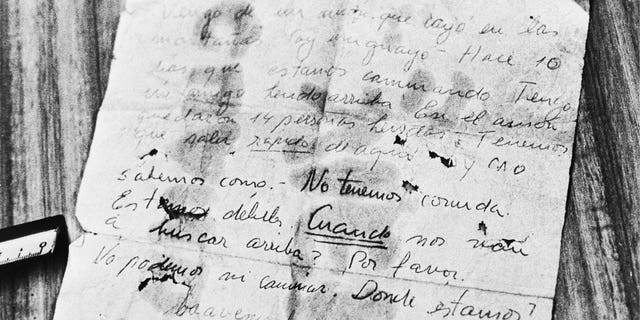 Two survivors from the crash 10 weeks ago of a chartered Uruguayan plane carrying the Old Chrisiti Christian Brothers Rugby team of Montevideo to Chile miraculously emerged from the Andes Mountains here December 22 and attracted help by managing to attach a note to a stone and hurling it to a farmer across a stream. The note reads: “I come from an airplane that crashed in the mountains. I am Uruguayan. We have been walking for about ten days. Fourteen others remain in the airplane. They are also injured. They don’t have anything to eat and cannot leave. We cannot walk any further. Please come and get us.” Six more survivors were later rescued by helicopter, high winds preventing it from returning for the remaining eight.
(Getty Images)

After 10 days of trekking, they spotted Sergio Catalan, a livestock herder in the foothills of the Chilean Andes. The conditions were such that the pair couldn’t get too close to Catalan, but from afar, they heard him say one word: “Tomorrow.”

“With that (word), our suffering ended,” Canessa said. 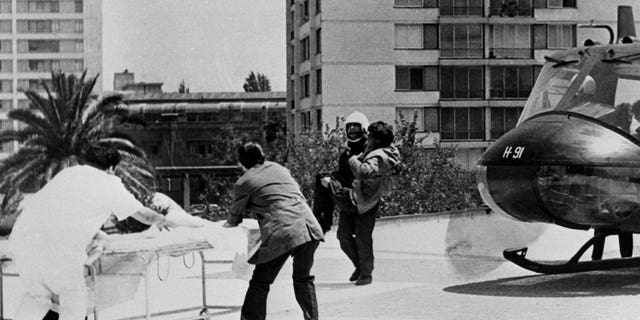 A new Netflix adaptation of their story is in the works.

Previous Scalise rips Biden adviser for ‘bragging’ about gas prices that ‘are about 60% higher’ than in early 2021
Next Biden economic adviser suggests definition of recession, says key areas ‘have not been flashing red’